Article Youngest water-skier in the world! 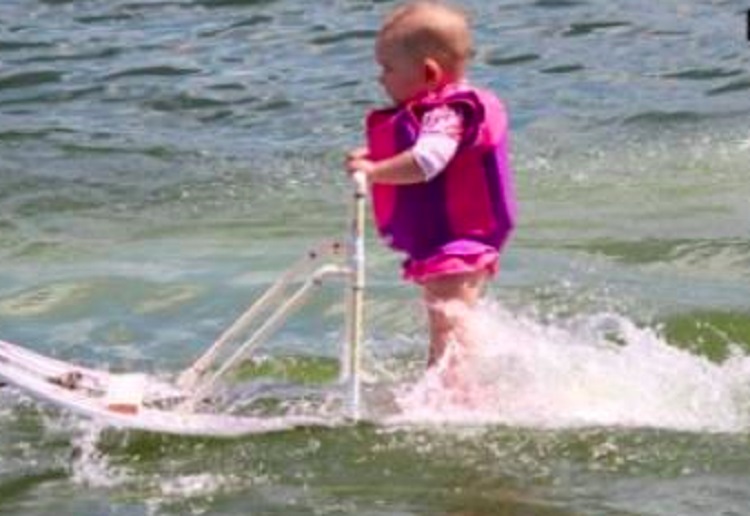 Video has emerged of a baby breaking the record to become the youngest water-skier in the world.

The next day she skied a dominant 209 metres.

In footage released by the World Barefoot Center she can be seen wearing a tiny pink life vest while she holds on to a rail for support.

Her father, Keith St. Onge, wrote on Facebook: “We are very proud of our little baby girl Zyla!”

While her peers are still learning to crawl, this baby girl has mastered water-skiing. https://t.co/6fV033CWs6 pic.twitter.com/3NxrJs7ifR