Article Your relationship with your child 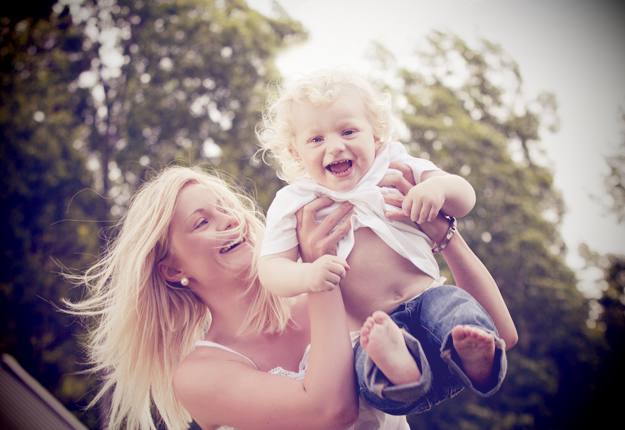 I went to kiss my little champ goodnight tonight. My hubby was reading to him when I went in and the most amazing and bizarre thing happened. My little man said, “I want mummy to read me a story. I love her the best.” Now whilst I don’t encourage favourites and loving people “the best,”  this was a marked moment in history for me as a mum.

Firstly my little man LOVES spending time with daddy.  He has very little time with him during the week and so they both cherish every moment when they are home together.

Secondly, I realised just how far I have come as a mum…

About 3 years ago, I had what I call an emotional breakdown.  We immigrated back to Australia from overseas and moved straight into our home. 10 days after we arrived our house was burgled and my mum-in-law, who was in the house looking after my then 2 year old, was brutally attacked.  Fortunately, she made a near full recovery.

The house was in less than optimal condition and coupled with the blood and forensic dust, we made a quick decision to move out temporarily. This prompted a series of unplanned moves.  For various reasons we ended up moving 5 times in 18 months for us, and my mum in law was with us for 2 of those moves.

The last move was the move that broke the camel’s back for me and found I was unable to cope.  Thankfully counselling helped me to make a full recovery.

Needless to say, it was stressful time for all of us and most of my time was spent packing and unpacking boxes, arranging removalists, changing contact information for utilities, preparing food for everyone and barely keeping our heads above water.

Being coached almost a whole year later, helped me to realise I carried around an enormous guilt at that time that I was not spending enough time with my boys and I wasn’t giving them what they needed, which was love and attention.  I felt the guilt more so with my youngest because he was only 6 months old when we made the first move so I had missed what I considered most of his babyhood.

One day my coach asked me a series of questions out of which I realised that I had barely made eye contact with my little champ during this time because of the guilt I felt. When I realised this, it was like a HUGE slap in the face!

I vowed that day that I would stop more and make time to play, REALLY pay attention to what he was saying, and get down to his level and MAKE EYE CONTACT.  I set up a series of tasks with my coach to ensure I achieved this.

In the first few weeks I noticed a massive difference in our relationship. He came to me as well as daddy when he was hurt or injured.  He asked me to help with things he was stuck with. He played with toys and invited me to join him.

Tonight was an absolute peak for me. I was honoured to be asked to read him his story instead of daddy for the first time EVER.  Afterwards I tucked him in, gave him a big cuddle and said to my little man, “Goodnight sweetheart, I love you.” He replied, “I love you mummy: you are one dynamite gal!”

Since my coaching, I have been mindful of my behaviour for over 2 years and I am proud of the relationship we have. I have worked hard at it with the changes I have made to my language and behavior, and I have had so many rewards with the way I now feel, and from him, too. These rewards drive my passion to work with mums. If I can have the relationship I want with my child, so can you.

Is your relationship with your child the one you want? If so, how do you make it work?