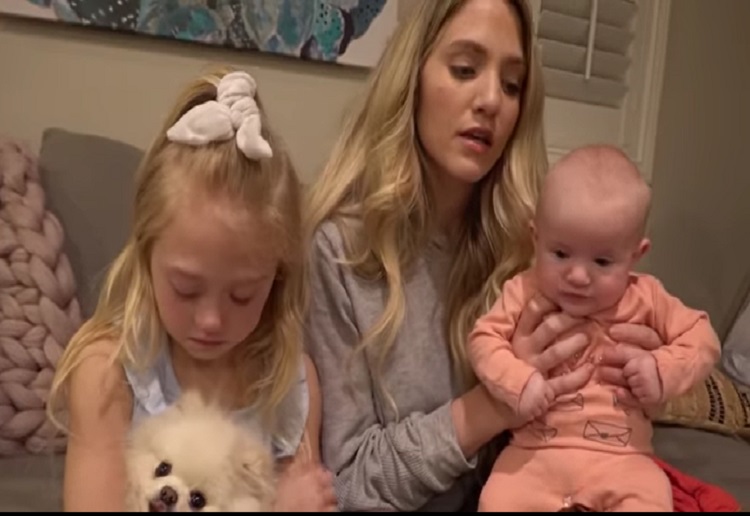 Popular YouTube vloggers, the LaBrant Fam, decided to pull an April Fool’s prank on their six-year-old daughter, however the internet did not find it funny at all.

The popular YouTube family with over 8 million subscribers decided to prank their young  daughter Everleigh, into thinking they were giving away their family puppy, Carl.

But instead of a hilariously funny outcome, the video is pretty heartbreaking to watch, and led to some major fan backlash.

They tell the young girl they simply don’t have time to care for him properly, and they’re moving to a new house soon that just won’t suit him.

Everleigh finally sits up with some cajoling and clings to Carl while her parents explain that he can’t stay – and then ask if she’d like to give him away to someone. While recording.

After an excruciating few minutes (with dad Sav cracking up in the background a time or two), they break the news to her that it’s a prank, which just seems to make her cry more.

“Too far?” Cole asks the camera, to which the internet replied, “Um, yep, kind of.”

The response grew rapidly with people accusing the couple of being terrible parents.

I don’t get angry at much online, but this crosses the line. What kind of sick parent tells their (5-6 year old?) kid they’re giving away the dog as an April fools prank, let alone posts it online for millions on the internet to see? https://t.co/qk6dh3WW5j via @stephemcneal

YouTube culture is so gross. These people are famous; think about what must be happening under the radar to kids with parents trying to “make it”

YouTubers Cole And Sav Pranked Their 6-Year-Old By Pretending To Get Rid Of Her Puppy And People Are Furious https://t.co/Qv8shZwuB0

This is just straight up demented. https://t.co/Dt6dZPqkUT

Cole and Sav (whoever they are) are terrible people.
Only bullies do things like that to their kids. https://t.co/jJZ2bna885

Funny or Did they go too far?