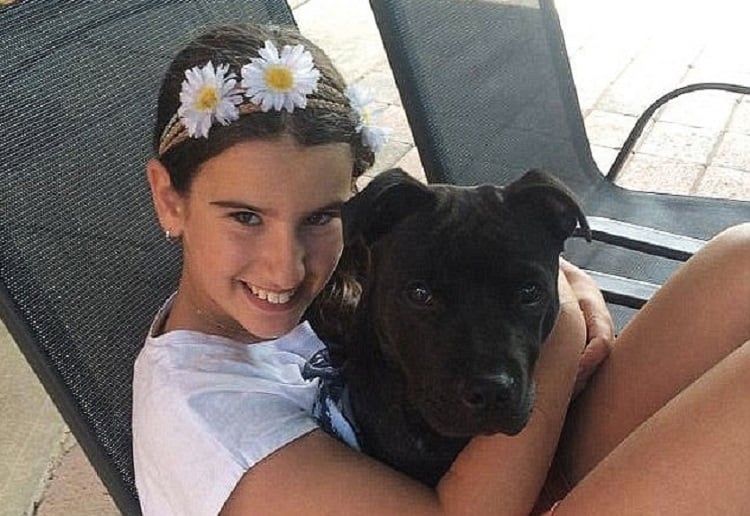 Zoe Buttigieg was allegedly brutally raped and murdered, after her mother had invited friends over for an all-night alcohol and drug-fuelled party.

Zoe’s mother, Janelle Saunders’ victim impact statement was read out in the Wangaratta Supreme Court on Thursday – the same day as Bowe Maddigan, 30, faced a pre-sentencing hearing after he pleaded guilty to murdering and indecently assaulting her daughter.

She had gone to check on her daughter – whom she thought was sleeping – a third time on October 25, 2015 before she walked up to her bed and poked Zoe in the back as she repeated her name, reports Daily Mail.

‘When I pulled the doona back from her head and turned her face towards me her eyes were closed and she was still,’ the heartbroken mother said in the statement.

‘I didn’t know what to think, but I knew something was wrong.

‘My heart was pounding in my ears. Then I pulled the doona back and Zoe was naked from the waist down.’

Janelle explained, ‘In the morning I poked my head into Zoe’s room and she was still sound asleep in her top bunk… so I decided to let her sleep,’ she said.

‘I checked again later… and was struck by how the room smelt different.

‘Zoe was still asleep, so I let her stay, but something just didn’t feel right, so I went back up to her bedroom.’

After ‘a couple’ of attempts of trying to wake her daughter, Ms Saunders called an ambulance.

‘I started to vomit and I felt like I was spinning completely out of control,’ she said.

‘It seemed like an age before the ambulance came and I was getting more and more agitated. Then I started screaming, because I didn’t know what was wrong with Zoe.’

‘I wanted my mother, but I also wanted to go in the ambulance with Zoe. They wouldn’t let me go with her, so I screamed and screamed for my mother until someone was able to get through to her and told her to come.’

Her statement described the crowd at Zoe’s funeral overflowing outside the church.

‘I can’t remember very much about that day. Apart from the aching, endless grief of losing Zoe, the grief over the senseless way that she died just made me lose my mind for a while.

‘I was allowed to attend Zoe’s funeral as an in-patient of a mental health clinic.

‘I went back to the clinic barely remembering anything of the funeral and ended up being there for two weeks. All I could think about was that I’d never see Zoe again.

‘I just cannot come to terms with the fact that a total stranger was brought to my house one night and murdered my beautiful Zoe in her own bed, in her own room, in her own house.

‘I have no comprehension of how a person could have such vileness and utter contempt for life that it could let them commit such a monstrous crime. I will grieve forever for Zoe and for the life that she wasn’t able to live.’

We shared previously on 10 November that,

Bowe Evan Levi Maddigan, 30, is facing a plea hearing after admitting to committing an indecent act with a child under 16 and then murdering 11-year-old Zoe Buttigieg.

Maddigan attacked Zoe in the bedroom of her Wangaratta home after being invited over for drinks by the girl’s mother, Janelle Saunders, and her partner.

After a night of drinking and smoking cannabis, in the early hours of October 25, 2015, Maddigan went into Zoe’s bedroom and told her to come down from the top bunk of her bed, prosecutor John Champion told the court, reports 9 NEWS.

Maddigan then sexually assaulted her before strangling the child and putting her back in her bed.

Maddigan later told police he “wanted to have her all for myself” and that she “looked like an angel”, Mr Champion said.

Previously we reported in August that, Bowe Maddigan pleaded guilty to the alleged murder and committing an indecent act on the 11-year-old girl in Melbourne’s Supreme Court, reports 7 News.

He had previously entered a not guilty plea to one count of murder and two counts of sexual assault at the Wangaratta Magistrates Court in May.

Zoe’s mother, Janelle Saunders, had invited friends over to the house for a party.

The 30-year-old Mildura man had only been released from prison a week prior to Zoe’s death.

Ms Saunders claimed she had been drinking bourbon and coke and smoking cannabis with her friends and Mr Maddigan for 12-hours straight on the morning Zoe was murdered.

The young girl was sleeping in the lounge room while the group partied.

After drinking, Ms Saunders went to bed about 7am on October 25 and woke four hours later to find her daughter’s lifeless body.

Zoe had been brutally raped and murdered.