Article Mum admits she would have been happier without kids! 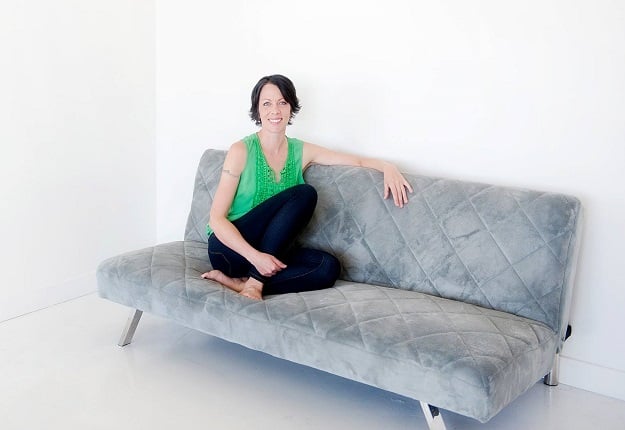 One mother who felt it was her religious duty and ‘divine destiny’ to have children admits she would have been happier WITHOUT them.

Brooke Lark explains that as a youngster growing up as a devout Mormon, she believed that becoming a mother was her ‘divine destiny’.

She wrote a piece for YourTango  describing the moment she got to the point that she actually typed into Google “I wish I’d never had kids.”

“After a particularly exhausting day as a newly single mum and sole wage earner of four teenagers” she turned to Google.

“I wasn’t as much admitting to the ether that I regretted my life. No. I was asking Google to help me find other mothers who felt the same way. Hoping against hope that some other mother woke up in her mid-30s, realised her reality, and shared those shameful feelings: I wish I’d never had children.

Google has long been my crystal ball. I’ve consulted it before in times of distress.

“Do I have melanoma?”

“Should I divorce my husband?”

Today, I’m a single mum of four in Utah and I’m surrounded by hundreds of other women walking in my same shoes. Women who thought they were doing right by their woefully-outdated religion, who married too young and had too many children (one of my friends has 9 kids!), and now face a harsh future with little education.

It’s a tough gig, motherhood, and I recognise my post-divorce reality effects my experience and certainly makes parenting even more overwhelming than it already is. I must say: I’ve been lucky. With my own thriving business and a work-from-home career, I’m somehow making it work.

Even still, “making it work” wasn’t what I expected motherhood to be.

Instead, here I am in the smack-dab middle of motherhood and I feel lost. I feel time-sucked and threadworn. I feel like I’m responsible for carrying the world. And on so many days, I long for the simplicity of focusing on just one thing: me.

That sentence sounds selfish, but I’m guessing there are a million mums who understand. Here in the middle of motherhood, I’ve spent 15 years living for (and with) my children, and I realise motherhood was as much about welcoming them into my life as it was about sacrificing myself, my time, my autonomy. Because my babies will always be here. And I will always be theirs.

There is no break. There is no quitting. There is no vacation. There is constant guilt. That reality is sobering and exhausting. It’s a reality more of us mums need to share with non-mums. Because understanding the reality is the only way to help non-mums answer the question they’ve been googling: “Will I regret not having kids?”

In my most aware moments, I realise I’m not neccesarily struggling against motherhood.

I’m struggling against all motherhood has become. It is a veritable meritocracy, working most “ideally” for those lucky enough to have money, time, family support, and a devoted partner. Even then, it’s my observation that very, very few couples survive the shift into parenthood over the long-term.

It changes who you are as a woman. You are less a partner and more a caregiver. There is a constant balancing act that will have to be done for the rest of your life. And that balancing act is hard. It tears at your soul. It wears you out.

My freedom lost to some degree on the days I birthed four round, pink cherubs–four brilliant  humans who have become my dearest partners in crime. My burden, my reality, my truth.

Do I wish I’d never had children?

Wishing I could go back only makes me frustrated and stuck feeling and angry and resentful. And so, I embrace Life As It Is. I take all the chaos and wonder and wildness that is my Real Life. I let go of heartache, embrace the heaviness, and enjoy the adventures my children’s lives bring into mine.

Would it have been more fun to find myself on a 9-month escape to a Tibetan Monastery instead?

Because four kids are waiting downstairs for me to take them swimming.

And this is life.

And it’s calling me.”

Honest parenting at its best!  It’s not easy by any means. Share your thoughts below.