Article 5 historical reads to get your kids through summer and 3 for you too! 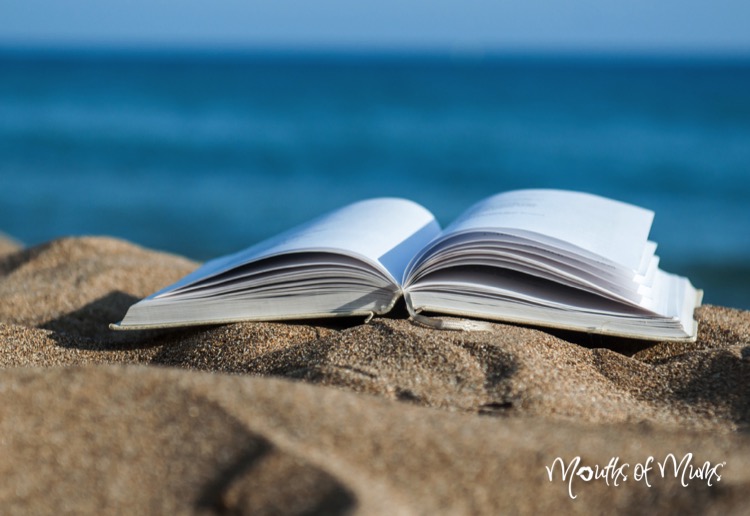 At HistoriCool Magazine, we are fortunate enough to be sent some fantastic kids books to review – all of which have a historical angle, we’re history nerds, after all!

So after much debate, here are our top historical reads to get your kids (and you!) through the summer holidays:

David Walliams is one half of Little Britain, which is enough to make anything he puts his mind to since a definite must-read/watch/see. Jack’s Grandpa was a pilot during World War II and although these days he wears slippers to the supermarket and always forgets Jack’s name, he can recall his wartime experiences with pinpoint accuracy (mostly because he thinks they’re still happening…) Very well-researched and a great, giggly read.

I Am Malala: How One Girl Who Stood Up for Education and Changed the World by (Young Readers Edition) Malala Yousafzai and Patricia McCormick for Ages 11-17.

A very short history of Malala Yousafzai will appear in HistoriCool in 2016, but I implore everybody to read her story in its entirety. Malala was shot by the Taliban in 2012 for standing up for female education. Surely enough to stop anyone else from publically speaking their mind again, Malala refused to be broken. Now at just the age of 18 and already a Nobel Peace Prize winner, Malala lives in England (it is too dangerous for her to return home to Pakistan) and continues to promote equal education around the world.

From the author of The Boy in the Striped Pyjamas comes another story of Nazi Germany during World War II. Pierrot is a Jewish boy who lives in France. But when he becomes orphaned, his German aunty – a servant in a wealthy home atop the German mountains – takes him in. Pierrot’s story sees him change his name, come face to face with Hitler himself and come to terms with the sort of person he wants to be.

OMG Srsly?! It’s Shakespeare for a new generation of digital natives! Brett Wright who, going off his name alone is probably not a 14-year-old girl, somehow manages to capture the text speak of todays teens and tweens with expert precision. With some lines written completely in emojis, YOLO Juliet will change the way tweens think about Shakespeare forever… I am hanging out for the next installments in the OMG Shakespeare series that drop in January: Macbeth #killingit and A Midsummer Night #nofilter.

Going Over by Beth Kephart for Ages 12-17

It’s a boy meets girl tale with a giant hurdle… Ada and Stephan live in Berlin and have known each other since they were just little kids. But seeing each other becomes impossible once the Berlin Wall cuts through their city, leaving one on either side. Though a fictional story, the emotions and struggles in Going Over surely ring true for many real-life friendships and relationships of the time that were determined to last, wall or not. And we couldn’t end this list without a few no-kids-allowed reads to tuck into your own beach bag!

All The Light We Cannot See by Anthony Doerr Published in 2014,

All The Light We Cannot See has appeared on just about every book club list since. But on the off chance that you haven’t devoured it yet, it’s certainly one to add to your summer reading list. Beautifully written, it follows the stories of Marie-Laue, a blind French girl, and Werner, an orphaned member of the Hitler Youth. Their lives of course become intertwined and the result is moving, powerful and wonderful.

Girt: The Unauthorised History of Australia by David Hunt

If you’re like me then you’ll think that Australian history is a thrilling ride of non-stop action, twists and turns. But if you’re like pretty much the whole of Australia, you’ll remember Australian History as that class you skipped more than any other as an attempt to save yourself from death-by-boredom. Well, I’m pretty sure David Hunt is one of the (very few) in the former category and after reading Girt, you’ll be one of us… But if just the thought of reading a book about Australian history takes you right back to those dark old days of Year 9, don’t fret – there’s also a podcast where Hunt tells ABC’s Dom Knight the best (and naughtiest) bits. It’s called Rum, Rebels & Ratbags and you’ll find it on iTunes.

Her husband was the brute political force that led Britain through the Second World War, but by Winston Churchill’s own admission “the war would have been impossible without her.” An incredible woman in her own right, Clementine Churchill had a troubled beginning to life and, as a result, she would behave somewhat childlike behind closed doors in an effort to live out the childhood she never really had. And in Winston she found a life partner as unstable as herself. A great story about the power of partnership and of one of the most important yet little-known women of the twentieth century.

Got some suggestions of your own? Please SHARE in the comments below.