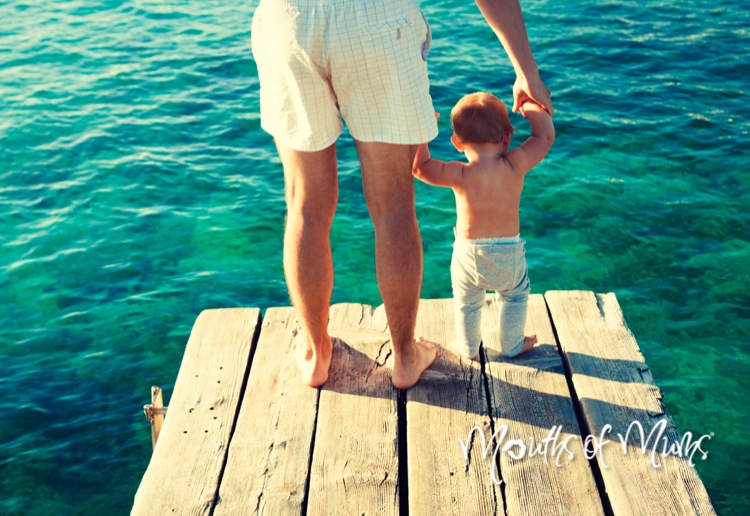 Recently my husband took our girls and me to visit the grave of his grandparents. They died quite some time ago now (in the 80’s) so I never met them, and he was very young himself. But he still wanted to introduce us.

Walking through the cemetery was quite sobering as I took in the vast beauty around me that is so often associated with sadness. Alongside all the graves were hundreds of beautiful rose bushes that were obviously cared for in immense detail.

Red, yellow, white, orange and pink bloomed bright, flowers of all kinds. Tall majestic trees provided shade from the summer sun and there were small windmills reflecting the sunlight and circling slowly in the soft breeze. It created quite a magical scene. Personal notes left by family members and religious artifacts adorned headstones where caretakers walked the rows ensuring everything was in order.

As I strolled through, I noticed a grave of a young man, who it said was a father of two children. He was just 21. It saddened me that not only had someone so young lost their life, but also two children had lost their father and would never really know him. Never know his dad jokes or stories of his own childhood. Never fight with him about curfews or taking the car without asking. Never laugh on summer holidays or share the joy of their weddings.

Walking back to the car we passed a father with two young children, who were no more than four or five, visiting a grave that showed the image of a beautiful young woman. I’ll never know for sure but I presume she was their mother and I think I heard the word ‘mum.’ The father had packed special cookies for the kids and they were there to say hello. This moment seemed so special and I felt like an intruder so hurried past.

In the few seconds it took me to walk past them I saw a whole chapter of their lives that for me, is my worst nightmare, but this dad was keeping their mum part of their daily lives and it seemed most normal for them.

Mortality is something I’m acutely aware of these days and for every decision and event I see varying consequences – it’s exhausting really. The worry of how my husband would cope if something happened to me, and how I would cope if I lost him. And then the obvious – how do children learn about and cope with death, especially when it’s their parent.

These are just a few cases I’ve learnt of recently where a parent has left behind young kids. The thought of not seeing my own kids grow and live their lives scares the hell out of me to be honest. I tell them I love them many times a day and hug them whenever I can, and then some. You just never know…