Article A simple fall left this toddler fighting for his life 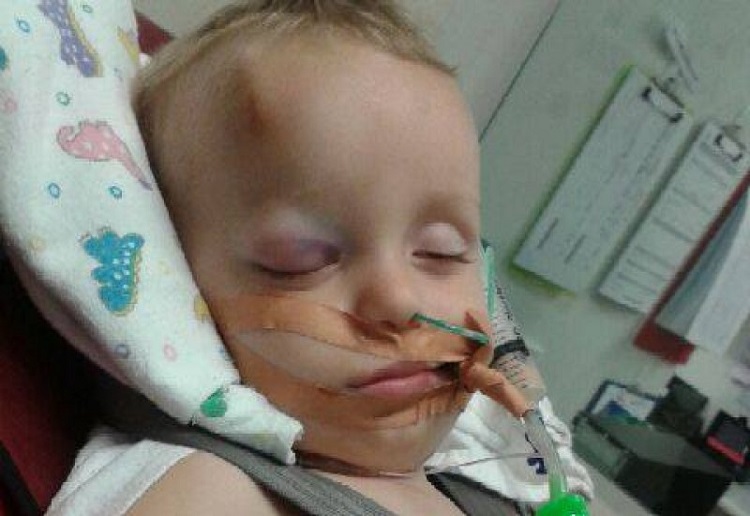 A piece of a toddler’s skull has been removed permanently after a fall from the couch landed 18-month-old toddler in the hospital for six weeks.

Eddie Liberato, 18 months old, was at his Sunshine Coast home in August when his mum, Joanne, heard him scream suddenly and discovered he had fallen.

‘I just remember hearing him scream and cry and I thought, “he must be okay, people always say if they cry it means they’re okay”,’ she told The Sunshine Coast Daily. 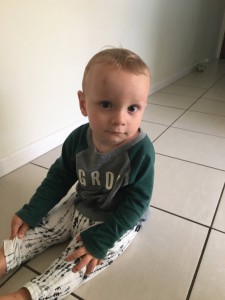 Soon after he fell Joanne said her son’s eyes went black very quickly and she saw a lump begin to form on his head.

She took him to a nearby hospital, where it was discovered Eddie had a skull fracture and bleeding on his brain after he began vomiting.

Doctors soon diagnosed Eddie with haemophilia, a condition that prevents blood from clotting, and he was flown to Lady Cilento Children’s hospital in Brisbane for emergency surgery, the Sunshine Coast Daily reported.

‘If they didn’t stop the bleeding he would have passed away,’ Joanne said. 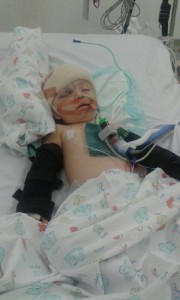 The terrifying ordeal only got worse for the Liberato family.

He has since been nicknamed Eddie the Eagle because he ‘flew’ off the couch, then contracted two staph infections after three operations and a portion of his skull was removed.

After the first infection the piece of skull was cleaned and put back into place but had to be removed entirely when he contracted a second infection. 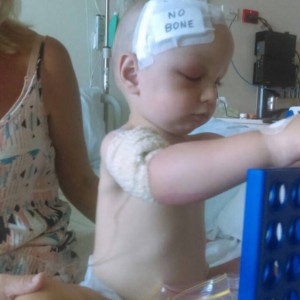 He is now waiting for a titanium plate to be placed over the missing skull, but has to wait six months and avoid any additional infections.

Joanne said Eddie will no longer be able to join in sports or vigorous activities because of his blood condition.

‘He goes from the highchair to the pram and has very little play. He can’t even be in his cot without the helmet on so he’s sleeping next to me,’ she said, adding that it is difficult for the toddler because he wants to play with his brothers.

A Go Fund Me page has been set up for the family to help with their finances while they prepare for a further operation.

We wish little Eddie all the best.