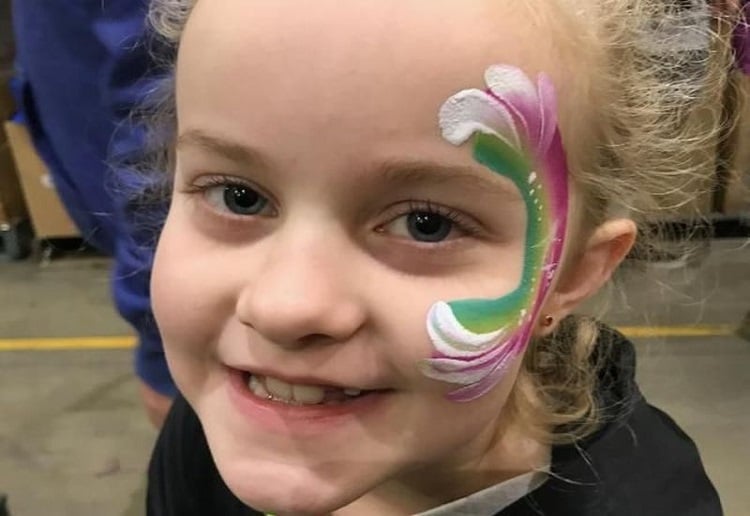 Our hearts ache for the family of an eight-year-old Melbourne girl who has sadly died of the flu.

Rosie Anderson, 8, had been sick for a few days with what her family thought was a bad cold.

But on Friday she went into cardiac arrest and six paramedics could not revive her.

Christian Brealey said his “beautiful princess” Rosie died just hours after she took a turn for the worse.

“She had been sick for a few days and we thought she had a bad cold. Never in my worst dreams did I ever think it would end up like this,” Mr Brealey said in a statement posted online.

“I’m a walking zombie at the moment… don’t know how we are going to deal with this.”

In a statement released to The Herald Sun, Mr Brealey urged people to immunise their children against the flu.

“We are devastated by the loss of our beautiful, loving little angel,” Mr Brealey said.

“We urge everyone to get their kids immunised against the flu and ask only that our privacy is respected and our family given time and space to grieve.”

She told 3AW’s Neil Mitchell the death of the young girl was “one of the other very sad cases that we’ve seen this flu season”.

“We’re having a horrific flu season right up and down the entire eastern seaboard both in QLD and NSW and Victoria, Western Australia seems to be less affected than what we are but we know we’ve had double the number of people with flu — flu notifications,” she told 3AW.

“This is an influenza strain that is able to impact the young, the elderly, the well and the unwell and people should be really attentive to any symptoms of the flu that they might have.”

Do not to dismiss flu symptoms as “simply a cold” or “‘man flu'”.

“Get to the doctor, call Nurse on Call, call an ambulance if you feel someone is very unwell. But don’t ignore the flu symptoms,” Ms Hennessy said.

“It needs to be taken seriously.”

In another tragic case, a young dad passed away suddenly from the flu on what was supposed to be his first Father’s Day.

QLD Parents are determined to raise more awareness after their teenage son died from sepsis after suffering with the flu, there have been other similar cases reported recently as well.

See a doctor if you have signs of pneumonia, including: via healthline

Call a doctor right away if a child develops the following symptoms:
trouble breathing
irritability
extreme fatigue
refusing to eat or drink
trouble waking up or interacting

RIP little one, our love and prayers are with the family x