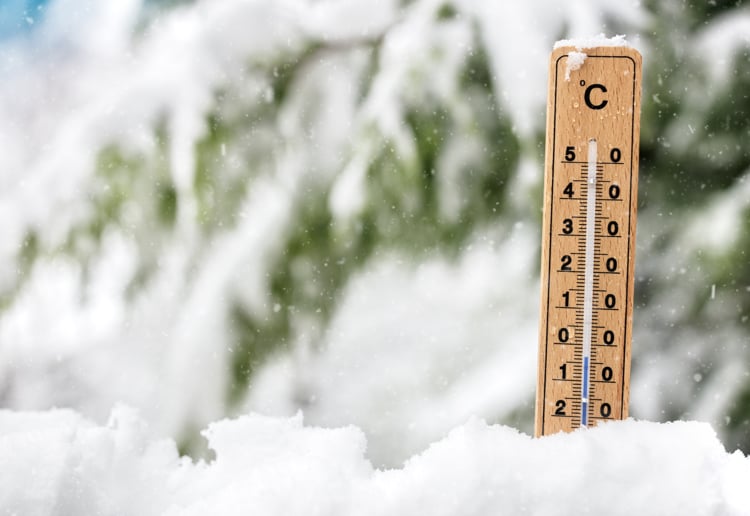 You may not feel ready for Winter, but guess what, it’s well and truly here!

The weather experts are telling us to expect frosty temperatures this week with the mercury dropping over 10C throughout the country.

A cold front coming from the Antarctic is all set to bring on a wintery blast over the next few days and into the weekend.

Some spots will get storms, hail and even snowfall, with Canberra expected to dip below freezing.

As reported in the Daily Mail, Bureau of Meteorology forecaster Sarah Scully said the chill is expected to blanket most of the continent.

‘Very cold air mass is moving from the Antarctic right over the country,’ Ms Scully said.

‘Temperatures will be 8 to 10C lower than the average, even in the Northern Territory and Queensland.

‘It’s a cold snap affecting the whole country, it’s a big one. The effects will be felt right into the weekend.’

The cold front is predicted to bring snow to Victoria at elevations above 800m.

Sydney will see temperatures drop gradually over the week, reaching a chill 9-degreesC on Sunday.

Melbourne temperatures will fall to a low of 8-degreesC on Friday and Saturday.

Brisbane will also shiver with a low of 9-degreesC on the weekend.

Perth has an expected low of 6-degreesC on Thursday.

Canberra will be hit with with a low of 1-degreeC expected on Thursday and -1-degreeC on Saturday and Sunday. BRRR!

Are you ready for Winter? Tell us in the comments below.