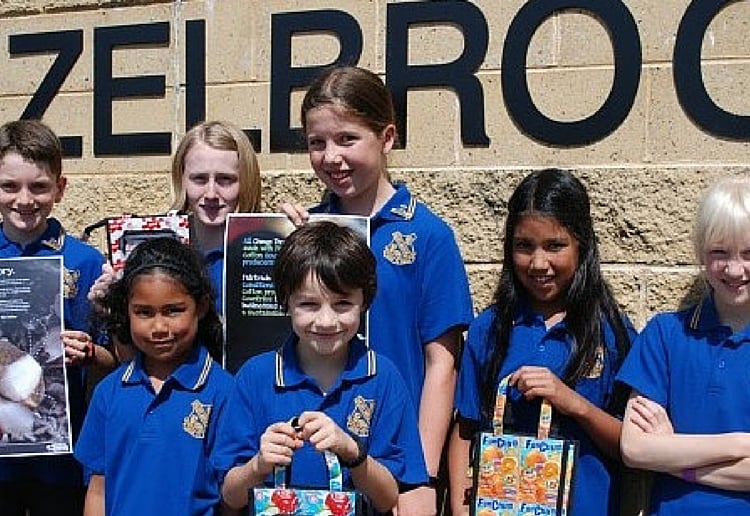 A NSW primary school has become the first Australian school to have its students wear fairtrade certified uniforms.

Students from Hazelbrook Public School in the Blue Mountains, west of Sydney, are wearing school polo shirts which are made out of polyester recycled from plastic bottles and ethically sourced cotton.

Organised by Australian clothing supplier, ‘Change Threads’, the orders are made at an ethically certified factory in India and then sent back to Australia for the students to wear.

To be Fairtrade certified, the shirts meet standards including being environmentally sustainable, paying producers a fair price, and offering long-term contracts to give stability to producers and their families.

The school’s choice to support ethical production, comes after recent major retailers were criticised for selling school polo shirts for as low as $2.00 at the start of the school year.  These shirts are produced in Bangladeshi factories where wages can be as low as $97 a month.

In a recent interview with the Sydney Morning Herald, Founder of Change Threads, Anna Dohnt, said that her organisation had been founded to “Empower people who are poor and marginalised.”

She herself has travelled to India to make sure every worker involved in producing her textiles – from the farmers who grow the cotton, to the spinners, weavers, dyers, even button-makers – is treated and paid fairly.

“We need to make our children understand ethical supply chains and what better way to do that than with a uniform,” Ms Dohnt said.  “We’ve had an influx of inquiries from schools in the [Blue] Mountains. We’re starting with the polo shirts and then moving onto other garments.  It’s been massive.”

Principal of the school, David Nosworthy, said the issues surrounding FairTrade will be taught to every child.

“We’re looking at better sourcing of Fairtrade products, from the school room to the staff room. We’re very excited about it,” he said.