Article Autism Diagnosis: A Journey From Despair To Hope 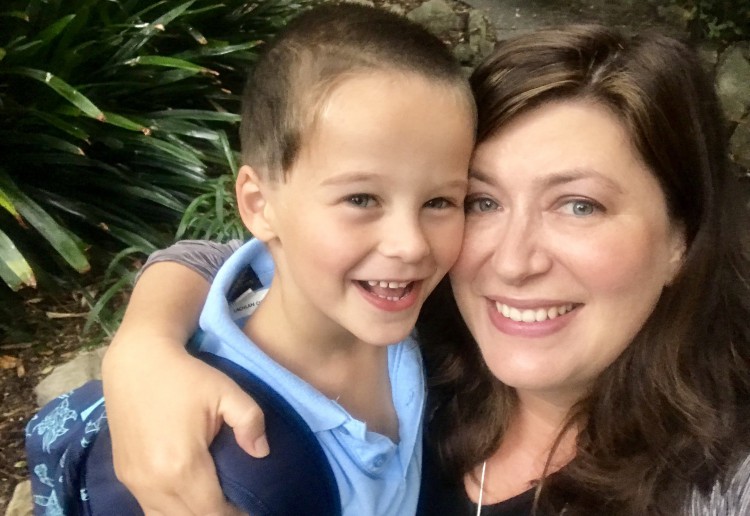 Louise Cummins, author of A different kind of brilliant shares her journey from when her son got his autism diagnosis…from despair back to hope.

When I was pregnant I was so excited to think about my son’s future – I dreamt of him doing amazing things and taking the world by storm.

After 18 months, I could see Lachlan was different, he was just in his own world. He was happy, but found he was always running around and not interacting like other kids. As time went on his energy levels became worse and family and friends kept questioning my parenting.

After a series of assessments (including a childcare visit) I received a call from our developmental paediatrician with the news; ‘Yes, I’m afraid your son does have autism’. Some people feel relieved at the diagnosis but my heart just smashed. This particular paediatrician then painted a picture of the worst-case scenario; ‘It was unlikely he would live independently, have friends or have a job’. it was at that point, he took away the one thing parents need…hope.

Over the next 4 years, I threw myself and Lachlan, into early intervention to prove that specialist wrong. The trouble was there was no clear-cut path for early intervention with so many choices. We did everything – from lying in hammocks, behavioural therapy, music therapy, water therapy, speech therapy, and even alternative therapies. One thing was clear, our world now revolved around therapy and all experts kept telling me we were still not doing enough. After spending most of my savings we started seeing improvements but we were both exhausted.

After one particularly gruelling week, my little man was watching Trolls on his iPad and the ‘True Colors’ song started playing. He had never really sung before and he said ‘Mummy listen to this’ and he sang it. When he sang ‘your true colours are beautiful like a rainbow’ tears rolled down my cheeks. I realised at that moment the person I needed to change the most wasn’t him…it was me.

I set out on a mission to find hope in our diagnosis. I researched success stories, deleted negative news feeds on my social media and focused on making my little man the best version of himself.  I started to embrace his quirkiness (like carrying around a sweet potato instead of a teddy bear). I even felt braver to respond to people’s negativity and regained confidence in my parenting.

For Lachlan’s Christmas present last year, I decided to write a book for him to understand his autism. A story featuring famous people in history who had autism, such as Einstein, Michelago, and Mozart, who all used their special autistic gifts to change the world. I wanted him to see his uniquely wired brain as a gift, not a curse.

Lachlan loved his book and I did extra copies to help our ‘village’ understand him. Their support was overwhelming and more orders from friends of friends started coming, so I decided to launch the book online. I was overwhelmed once the website went live with people sharing all over the world.

My goal for the book is to spread the word of acceptance of differences and make children on the spectrum feel more confident about their uniquely wired brains.

Lachlan is now thriving and I can see a mainstream school in our future. I don’t stress so much about the future now as I’ve regained the one thing all parents need…hope.

Louise’s book – A different kind of brilliant is available for purchase for AUD$24.95 via adifferentkindofbrilliant.com – 10% of all Australian direct sales from the website will be donated to Autism Spectrum Australia.