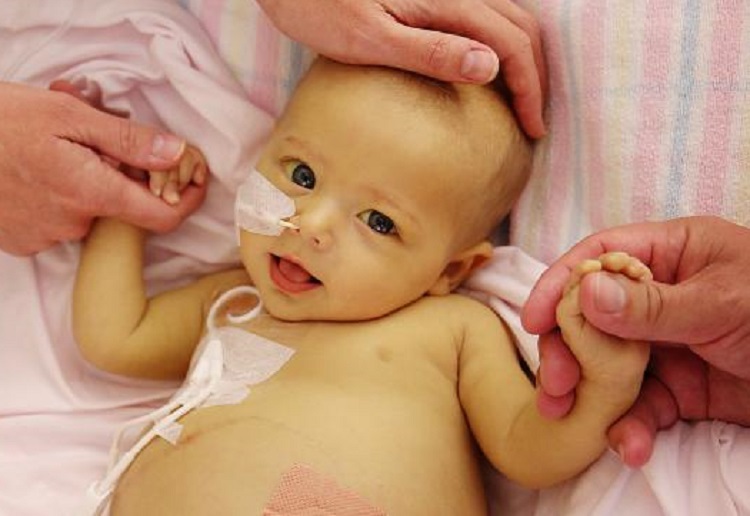 Unless she gets a liver transplant, five-month-old baby Mia will not make it to six months.

Baby Mia was flown to the Children’s Hospital at Westmead and listed for an urgent transplant three weeks ago, reports The Daily Telegraph.

Mia was born with biliary atresia, a rare disease of the liver that destroys the bile ducts, bile is unable to drain, so it builds up in the liver and causes significant damage, leading to death.

Mia’s parents are willing to be a live liver donor, where part of a liver is donated by a living relative, but the procedure is a last resort because it carries a serious risk of complication, including a high mortality rate for the donor.

“It does have a lot of complications but both Barry and I would do it,” Mrs Evans said.

“She’s a priority, but you can see her deteriorating quite quickly and it’s hard to watch. She’s only five months old.”

Mrs Evans urged people to talk about organ donation. “We’d like people to have that conversation with their family. You have the ability to save someone’s life and it’s so sad there are not more ­donors out there registered.”

The liver transplant team at the Children’s Hospital are passionate about encouraging people to think about and discuss organ donation, with another five children, not including Mia, also ­on the transplant list.

At any one time there are 1500 ­people on the waiting list.

For more information go to donatelife.gov.au