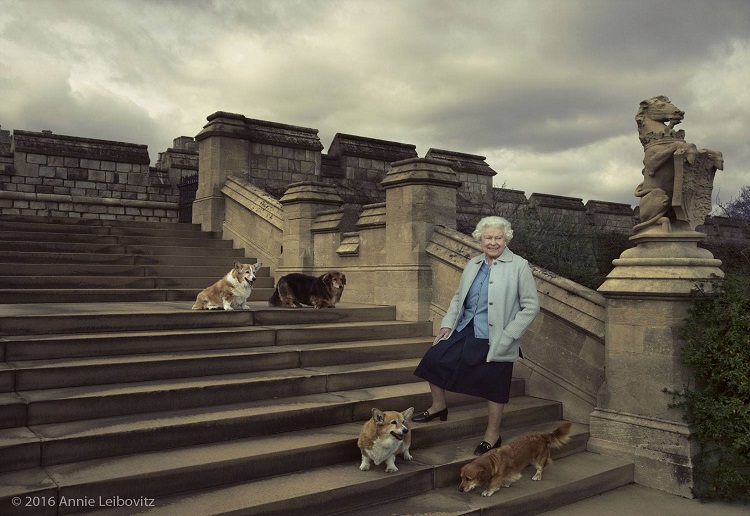 The British Monarchy release a beautiful portrait of the Queen and her grandchildren and great-grandchildren to mark the celebrations of her 90th Birthday.

Yesterday we shared the postage stamp that has been specially released to celebrate the big occasion, today there has been another image released of the Queen and her gran babies to mark the big day.

The image is captioned –

“@the_british_monarchy have just released this photograph of The Queen surrounded by her two youngest grandchildren and five great-grandchildren, to mark Her Majesty’s 90th birthday.

This is the first in a series of three official photographs.

It was taken at Windsor Castle just after Easter by renowned portrait photographer Annie Leibovitz.
#HappyBirthdayYourMajesty”

The children are, from bottom left:

Mia Tindall (holding The Queen’s handbag), the two year old daughter of Zara and Mike Tindall;
James, Viscount Severn (aged 8) and Lady Louise (12), the children of The Earl and Countess of Wessex and the youngest of The Queen’s eight grandchildren;
Savannah (5) and Isla Phillips (3), daughters of The Queen’s eldest grandson Peter Phillips
and his wife Autumn;
Prince George (2) and, in The Queen’s arms and in the tradition of Royal portraiture, the youngest great-grandchild, Princess Charlotte (11months), children of The Duke and Duchess of Cambridge.

Stunning. Simply stunning! She certainly has some gorgeous gran babies.