Article It’s not “ick”! Benefits of extended breastfeeding toddler and beyond 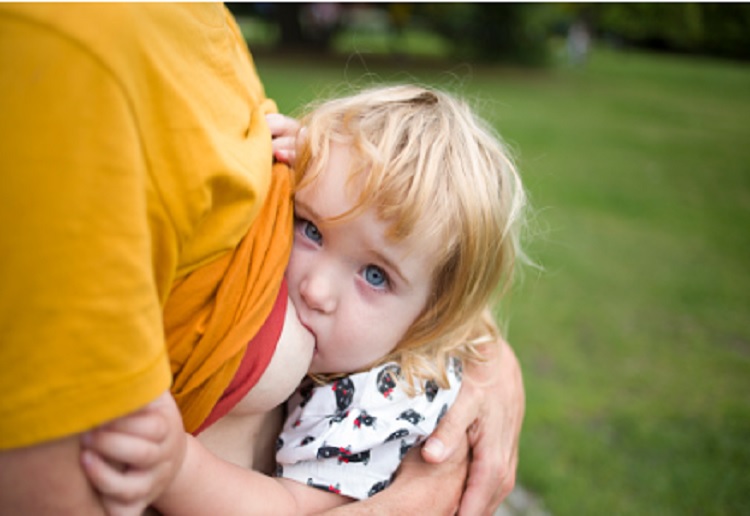 Research reveals the benefits of extended breastfeeding your toddler and beyond.

Evidence shows it has a number of benefits and very few drawbacks, reports ABC news.

Data recently published from Deakin University studied families between 2008 and 2010, and found at 18 months old 10 per cent of children were still breastfed, and that reduced to 1 per cent at 3.5 years.

Data from the 2006-2007 Longitudinal Study of Australian Children study shows at 24 months 5 per cent of children were still breastfed.

La Trobe University breastfeeding expert Professor Lisa Amir said most families heard the message about the benefits of breastfeeding for six months, so they felt 12 months was a long time.

“The message that WHO [the World Health Organisation] recommends ongoing breastfeeding in the second year is rarely discussed,” she said.

Breastfeeding counsellor with the Australian Breastfeeding Association Renee Kam said more women might breastfeed for longer if it was culturally acceptable.

“It’s common place in other parts of the world to see older children breastfeeding and people just see it as normal,” she said.

“But in westernised cultures like ours, it is something that is not seen and things that aren’t seen tend to make people feel a bit uncomfortable … It’s biologically normal just not culturally.”

Breastfeeding has long been associated with positive outcomes for children, such as higher intelligence, better gut health, and stronger immune systems.

What are the benefits of extended breastfeeding?

•Your milk will still give your child the benefits of your antibodies and pass on immunity to bugs you have been exposed to.
•Feeding your older child can give them a lot of comfort and reassurance, and will allow you to continue with all the lovely physical bonding that breastfeeding can provide.
•Weaning when your child is older may make the whole process a lot easier and let it come to a natural close rather than an arbitrary and abrupt end.
•Feeding can be used to calm your child down and give some instant comfort and security.

Recently a UK Mum who is still breastfeeding her five-year-old daughter, claims it has saved her thousands.