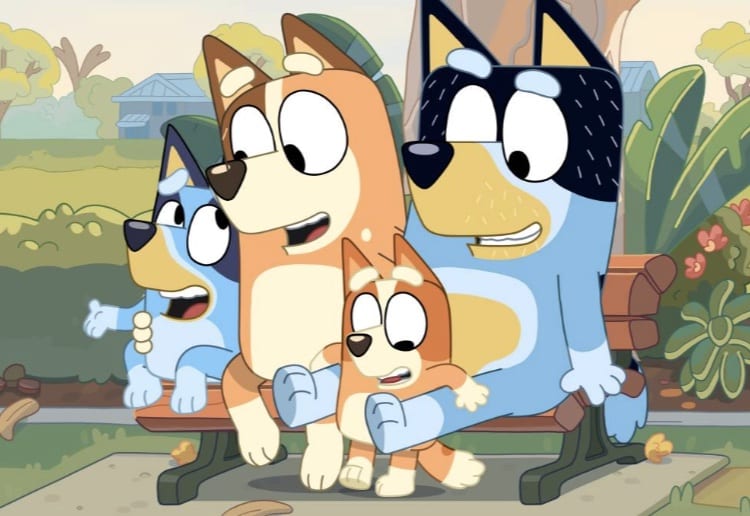 Perfect timing! Just as threats of school closures and isolation hit our world, the creators of our favourite TV show has announced that Bluey Season 2 starts today!

The thought of being stuck indoors with our kids has become so much more tolerable with the news that the much anticipated second season of the lovable Blue Heeler and his charming family has finally arrived.

Our kids must have watched every episode of the first Bluey season about 100 times. We practically know every one of the 51 episodes off by heart.

So I must admit, I am VERY relieved that we have some fresh new storylines to giggle about.

The creators of Bluey have announced that the all-new 52 episodes of Bluey Season 2 will be screening every day at 8am and repeated 6.20pm on ABC Kids and also available anytime in the ABC Kids app.

Dance Mode was the first episode to premiere this morning at 8am and four new bonus episodes also appeared in the revamped ABC iview kids app.

The summary of the first episode is described as:
“After Dad eats her last chip, Bingo is given three chances to put Mum and Dad in ‘Dance Mode’ as payback. But the others can’t resist taking Bingo’s turns for her.”

The reaction to the first episode of Bluey season 2 was extremely positive, with parents gushing with praise on the Bluey facebook page.

“My 5 year old daughter has been talking non stop about new Bluey all week– me, her and her Dad sat down together this morning to watch the new episode and she was giggling the whole way through! Thankyou so much for making a show adults can enjoy too,” said another.

“We’re watching the same episode on iView. So far my four year old has watched it five times.”

“Nailed it again guys!” was the overwhelming reaction.

There will be some recognisable celebrity voices in Bluey Season 2.

Author Zoë Foster Blake and comedian Hamish Blake will voice a variety of new characters in the latest season of Bluey – including two jack russell terriers whose puppy has attention deficit issues, as reported in The Guardian.

The couple will appear in episode 2 screening tomorrow. The title of the new episode is Hammerbarn, where the family visit a hardware shop. Blake will play a labrador who works as a Hammerbarn employee, and Foster Blake will play a poodle who is a checkout dog.

Blue Wiggle Anthony Field will also appear, as a catahoula dog that works at the post office.

Libbie Doherty, acting ABC head of children’s television, said the broadcaster was thrilled to be able to offer the show to viewers.

“The phenomenal success of Bluey is a testament to the incredible creative vision of the Ludo team and we can’t wait to share the new adventures in series two with Australian kids and their families,” said Doherty.

“Australians – young and old, with kids and without kids have embraced Bluey, Bingo, Chilli and Bandit, and ABC KIDS is thrilled to be able to offer them more of this warm and funny series.”

Are you kids excited about Bluey Season 2? Tell us in the comments below.