Article A Second Case of Apple Sabotage Has Been Revealed 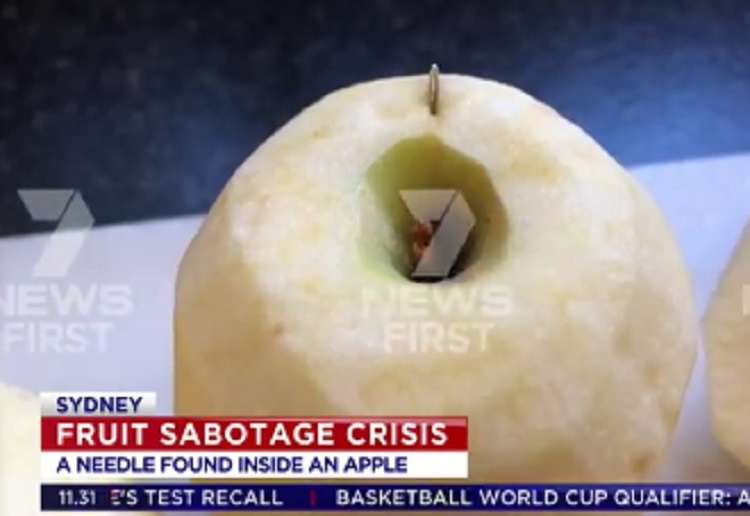 A needle has been found inside an apple and police are now investigating.

A mother in Sydney’s north west at Kellyville was peeling the apple when she discovered the needle.

“I just thought wow this cant possibly be happening.” – Mother

They were a six pack of pink lady apples purchased at Woolworths. 7 news confirmed police are looking into the incident.

Another case of apple sabotage has been revealed!

Hayley Bland from Murray Bridge, tells 7 news she noticed the nail embedded in a prepacked apple as she was packing the kids lunches.

The apple was also a prepackaged pink lady six pack purchased from Woolworths.

As we suggested yesterday it might be best to chop up ALL fruit before giving it to your children for the moment.

Yesterday a 62 year old woman was cautioned after a needle was found inside a banana – read more here.

Find out the latest on the strawberry saga here.

Ikea Will Buy Back Your Used Furniture For Big Bucks