Article Call to ban these apps aimed at kids Danni wrote on her Change.org petition, “as a  mother of a daughter and son, I truly hope that as my children grow, I can teach and show them how to respect their bodies and that they know their appearance does not determine their lovability, success or happiness in life.

Parenting has never been easy but with technology constantly advancing and our society’s obsession with appearance and perfection intensifying all the time, I feel it has become even more challenging to raise self-assured, body confident and resilient children.”

Danni explains, “This became overwhelmingly evident when I stumbled across an app titled ‘Plastic Surgery Simulator’ for kids and I was horrified to learn that it was one of many. These free apps, targeting our children introduce the concept of cosmetic surgery far too young, encouraging children to look for faults and flaws in appearance and to see permanently, surgically changing a person’s features as a solution – as a game – which it most definitely is not.”

Danni said, “What upset me most was the accompanying descriptions which in a few words, manage to reduce our girls and boys to meaningless objects, where looking perfect is the most important attribute. These messages 100% contradict the values I am striving to instill in my children. They are not just a bit of fun, or a harmless game. There can be some very serious consequences on a child and their mental health as puberty and adolescence is a time where the risk of body dissatisfaction is great and apps such as these only further reinforce dissatisfaction and insecurities in our young people.”

Danni has worked in the prevention of eating disorders for over 10 years, with The Butterfly Foundation and collaborating with the EMBodIED team at La Trobe University, she is passionate, dedicated and committed to challenging the unfair pressures and ideals that our young people are bombarded with.

She says “I think I speak for many parents when I say that our children should not see plastic surgery as a game.”

These cosmetic surgery apps, which often feature animated characters, are being marketed to kids as young as nine, a target group that is already influenced by our body-toxic culture.

On January 14, 2014, Endangered Bodies supported the UK-based Twitter account Everyday Sexism in its call to remove plastic surgery apps aimed at children featured on iTunes and the Google Play store. Within 24 hours, both platforms removed the flagged apps. Although neither platform released an official statement, their choice to remove these “games” indicates that they recognize the potential harm they can cause.

Deceptively designed as children’s games, the apps encourage users to slice virtual patients apart using scalpels, syringes, and other tools used in surgical settings. By making cosmetic surgery apps available for download, Apple, Google and Amazon are allowing companies to stoke and profit from the insecurities of children.

Endangered Bodies challenge the toxic culture that promotes negative body image. Cosmetic surgery apps, which promote body dissatisfaction and shame, are not games that should be marketed to vulnerable young people. Although in some cases (where games have age-based ratings) it is possible for parents to limit access to these games through parental controls, we believe that further action is needed. Apple, Google and Amazon need to scrutinise the apps that already feature an age rating to ensure the content isn’t in fact directed at younger children, using the age limit as a way to still offer their app for download. In other words, we don’t want these platforms to use the age rating system as justification to continue to offer these apps, which are clearly designed for children.

Do you support the campaign to ban these apps? You can sign a petition here. 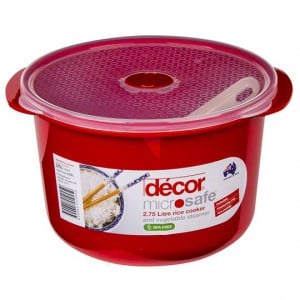