Article Cast of Fifty Shades of Grey has been revealed 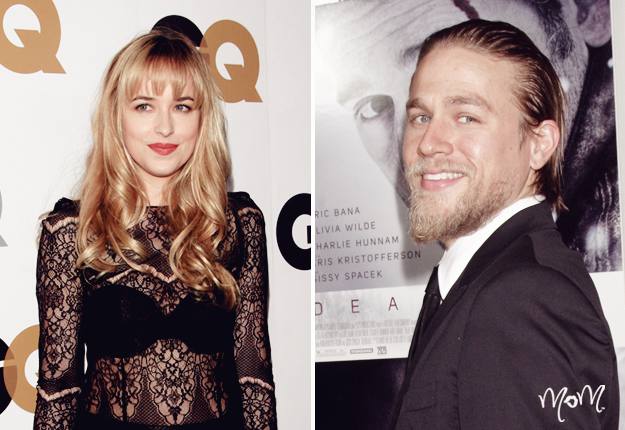 Who is Dakota Johnson?

That would be Melanie Griffiths and Don Johnson’s 23-year-old daughter Dakota, a model-turned actress you may have seen in The Social Network and sitcom Ben and Kate.

But what about Christian Grey, the businessman with dark secrets?

He will be played, James announced, by “The gorgeous and talented Charlie Hunnam,” 33-year-old star of TV series Sons of Anarchy. The bearded actor also appeared smooth-shaved (and built!) in $180 million sci-fi flick Pacific Rim.

Earlier this year, Hunnam spoke about only taking on projects he believed in. “What was most important to me is that I always cared about the movies that I was making,” he said. “I didn’t just want to ‘work.'”

The film of the fastest-selling paperback of all time will be directed by Nowhere Boy’s Sam Taylor-Johnson, and bigger starring names had been bandied about and denied: Emma Watson of Harry Potter fame, The Vampire Diaries’ Ian Somerhalder and Armie Hammer (The Lone Ranger). Author Bret Easton Ellis let slip that E.L. James had Robert Pattinson in mind (Fifty Shades, after all, started out as Twilight fan fiction). But with his two almost-unknowns, tweeted producer Michael De Luca, “Auditions were stunning, incredible chemistry!”

To see the evidence for yourself, you’ll have to wait until next August, when the film is released.

Who would you have liked to see playing Christian and Anastasia? We’d love to hear your suggestions.