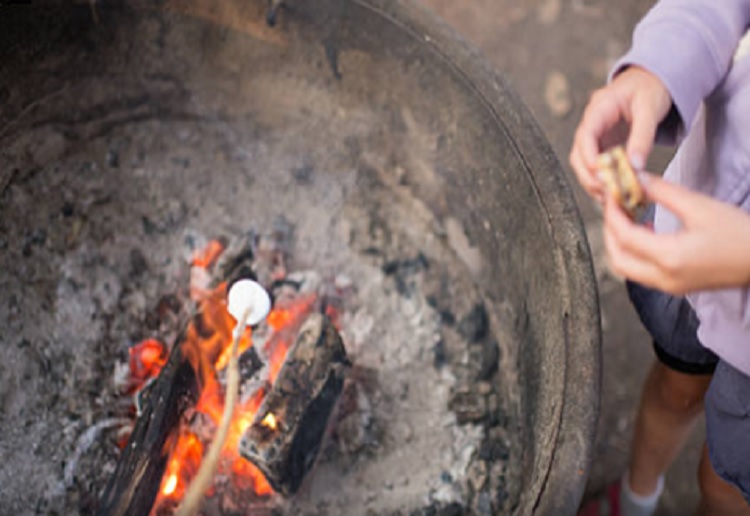 Childcare centre raises questions after introducing ‘risky play’ and even adding a fire pit to help children learn about the hazards of fire.

Amaze Early Education Centre has installed a fire pit to help teach toddlers to be aware of risks.  The centre claims that all parents are on board and they have not received one complaint.

The University of Newcastle has found in a study that ‘risky play’ helps teach children how to be aware of – and avoid – potentially dangerous situations. 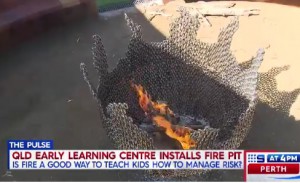 The children will be able to cook sausages and marshmallows over the fire, all while learning about fire safety.

“We expected critics, but there has not been one,” Amaze director Lucy Cook stated.

“From the response we have had so far, parents are crying out for experiences that replicate real life and challenge children.

“They are supporting the backlash against screen time and too much bubble wrap.”

The sixty children who attend the centre have slowly been introduced to fire, knives and power tools to play with, all under adult supervision. The ages of the children range from six months to five years.

The older children even built a clubhouse by themselves at the end of the program.

“These days, there’s a tendency for parents and guardians to shelter children from risks that past generations were readily exposed to,” said Associate Professor Linda Newman.

“Things like playing out in the street or climbing trees are often avoided, but these activities can be vital in shaping a child’s perception of the world and how they approach risk, ultimately building resilience in adulthood.”

It was added that teaching ‘risky play’ in a safe environment with adult supervision will help children learn to take risks when an adult is present, rather than taking risks on their own.

Amaze Early Education Centre has locations throughout the Gold Cost and prides itself on being a place that teaches children through activities.

With Over 1300 comments and 900+ shares, the story has raised lots of questions from parents on both sides of the argument

– “Awesome idea. Too many cotton wool parents these days, kids need to learn about life in the real world”

– “My daughters child care centre has had one for a while. They make damper, smores, toast marshmallows and they even made noodles for lunch one day with the water from the billy they boiled. They are creating wonderful memories and I’m so glad they do the things they do.”

– “Our kinder has one and it’s awesome!!!! The kids absolutely love having their snack by the fire. They have rules about the fire and the kids know them.”

-“Excellent idea. At least they’d have to take the cotton wool wrap off of the kids as it is highly flammable!”

– “I must say I’m against this idea I think the risk is to high for accidents also believe it’s something we should be teaching our kids about when they first start walking an talking and hot and burnies. My biggest concern with this could be kids getting sick from the smoke and inhaling it. Nobody can control the winds and it will have smoke. That would be my issue..i. all for teaching them everything to do with fire..”

– ” Fire pit is not the problem but supervising adults paying enough attention could be, especially when organisations economise on staff. ”

– “Pathetic and all your clothes stink of smoke”

– “Hell no!!! My brother inlaw is covered in scars from burns and that was with parental supervision. After falling into a camp fire when he was little. If it happens with you that’s one thing. But with someone else I’d be fuming. And worse not there when they need your comfort. This is for the parents not daycare. And definitely not at that age.”

– ” Taking away the “firsts” from parents, childcare does not need to take everything children do first from parents- risk taking? Sure but I think even this is a little too much”

-“0-4 year olds can get a bit carried away and hype each other up. I don’t believe daycare centres have a high enough carer-child ratio to introduce a fire pit. I’m not an over protective parent, but my daughter comes home with cuts and bruises as it is from daycare, without adding burns into the mix.”

– “No, no and no!!!! Most day care staff are only children themselves. What happens if the wind changes and an ember gets on a child’s clothing??? Come on folks, it’s up to parents to decide if they want them near a fire!”

Would you like to see one of these at your child’s daycare or even primary school?