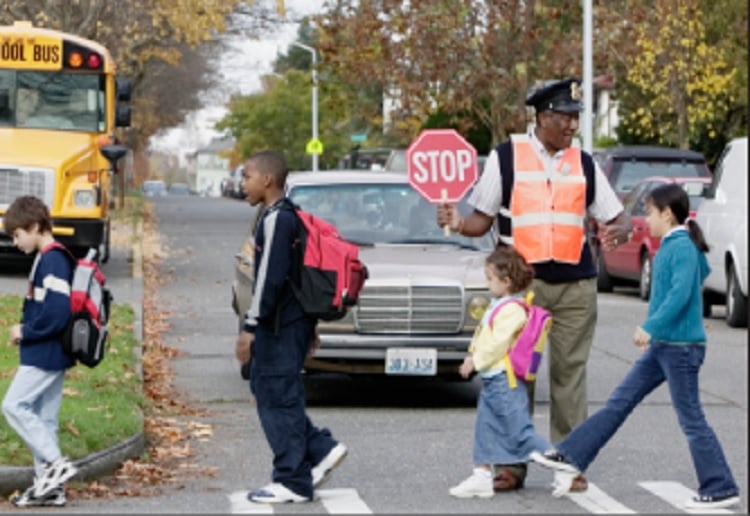 When this lollipop man was banned from doing one thing on his watch, the community fought back and won.

Last week, Colin Spencer, 83, was banned from high-fiving kids due to fears the practice would distract him from his job.

The ban was issued by Stockport Council, in Manchester, England — but the council wasn’t anticipating the outpouring of community support for the veteran lollipop man that followed.

Mr Spencer, who has kept vigil over the crossing at St George’s Primary School for 14 years, told ITV News he was saddened by the decision, and that neither he nor a student had ever been hurt on his watch.

However, council staff told Mr Spencer his primary duty was “ensuring highway safety” and that he should be constantly monitoring road and traffic conditions instead of greeting children.

Parents and schoolchildren received text messages informing them of the ban, with many children left upset and confused by the instruction.

At the time, Mr Spencer, a grandfather of 10, told the Manchester Evening News the decision was “petty”.

“It’s bureaucracy gone mad. The decision really did upset many children. Especially the younger ones,” he said.

According to The Independent, the council had been inundated by complaints about the ban and support for Mr Spencer.

It has since released a new statement describing the initial rule as “clearly wrong” and apologising for the distress it caused.

“Following the recent reports surrounding Stockport Council’s lollipop man, Colin Spencer, we want to apologise for the unnecessary concern caused by the issuing of an instruction that was clearly wrong,” a spokesperson told The Independent.

One lollipop lady was banned from offering treats to the kids. Students petitioned to reverse a ban stopping their lollipop lady from handing out treats. READ MORE>

Should the high fives be banned?