Article Conscious Uncoupling: How To Fast-Track Your Separation (Without High Lawyer Costs) 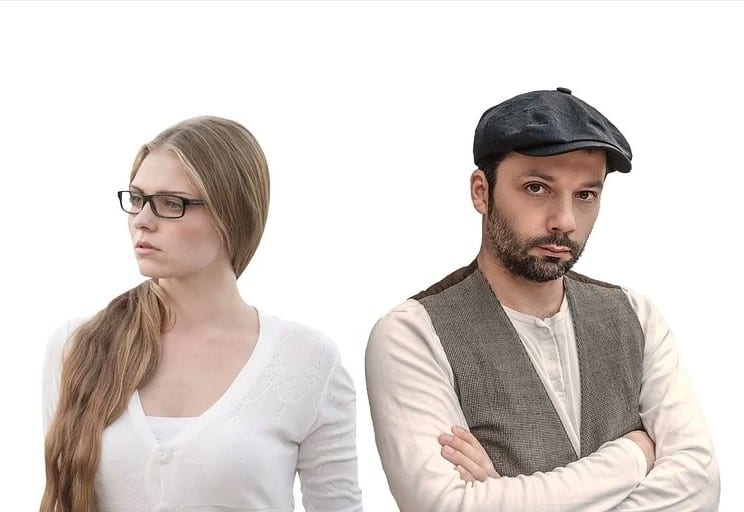 Many couples these days are avoiding law firms when it comes to divorce and splitting up. The process of conscious uncoupling (without exorbitant lawyer fees) is becoming a good option for many.

It was 2014 when Gwyneth Paltrow and Chris Martin announced they were ‘consciously uncoupling’. Initially, people scoffed at the curious term.

We now understand the term consciously uncoupling as a way to describe couples separating in the most amicable way.

However, in the years since the pair’s divorce, the idea of couples splitting as cleanly as possible with the least amount of fuss has become more and more popular. Unfortunately, due to the pressure-cooker environment that COVID-19 created, separation enquiries are on the rise.

How COVID-19 has given rise to separation enquiries?

A May survey, conducted by Relationships Australia, reported 42 per cent of respondents said isolation had negatively impacted their partner relationship. Meanwhile, a national mediation service said numbers of people thinking about separating and divorce were up more than 300 per cent.

Legal businesses are also reported upswings in enquiries. RP Emery and Associates, which offers legal contract template kits, say queries have been up 25 per cent since March. However, despite the challenging times, not all splitting couples want to tear each other to shreds.

Couples Are Opting For Conscious Uncoupling

RP Emery’s Ian MacLeod said couples are now seeking more amicable solutions and are seeking out a separation agreement kit as the first step of the divorce process, rather than heading straight to a law firm.

The parties decide themselves how to fairly divide property and finances. Then the business refers them to two appointed lawyers who assist with any questions and formalise the arrangement. All up the process can take just a matter of weeks to settle and is much more economical than using a law firm from start to finish.

“For those wanting to opt for ‘consciously uncoupling’, it’s a good option,” Mr MacLeod said. “It’s a common misconception that couples must engage a lawyer to negotiate on their behalf. Making demands of the one you once loved, while hiding behind your lawyer, often fans the flames of discontent. Taking this route is a sure way to long and bitter legal proceedings, which can come at a significant emotional and financial cost.

“However, if you are still on fairly good terms and know what each partner wants, then you can complete a separation agreement template quite easily. This means you can avoid paying lawyers to do the parts of the process that you can do yourself.

“For many couples there really is no need for a separation to become a long, painful costly process.”

One couple who wanted an amicable split of their de facto partnership were Steve and Heidi.

“We had a few dramas at home and decided we were going to go through a ‘conscious uncoupling’ of the relationship,” explained Steve. “I had a friend who got divorced who said ‘you really need to organise this now so you cover your future financial issues.'”

“For us, it was a very amicable split.  There was no animosity either way. We just weren’t making each other happy.  We have a nine-year-old daughter so we were just pretty casual with it all.  Heidi just wanted to write what she wanted on a bit of paper, but I wanted to get it written up in the right documents.

“We already had it in our heads what we wanted – as in your house is your house, my house is my house. We also did a 50:50 split for our daughter’s financial welfare.  We just pay half of everything for her so it’s pretty straight forward really.

“Heidi and I sat down and did everything together – there was no need to have a lawyer help us fill out the initial forms.  Heidi’s a chartered accountant and is used to all that sort of speak anyway. Afterward, there was a little bit of to-ing and fro-ing with the lawyers we were each appointed.

“However, it was fairly simple really. A lot of the stuff that my lawyer found in the wording covered both of us. Heidi had been divorced before and said we had Buckley’s chance of going near a law firm.  That cost her a lot of money when she got divorced 20 years ago.  She was adamant there would be no costly firms this time.  I said well, ‘let’s just do it online and just have a review process with a lawyer after.’  She was happy with that.

“In the end we got papers that legally defined who owned each house. Neither of us is ever going to have a crack at each other’s houses. A year after we separated, we were formally divorced. Overall, sorting out the finances was a positive experience and we were happy to just get it done and put everything behind us.”

What to do prior to making a legal query

Mr MacLeod said before you consider engaging a law firm, you should follow a process similar to what the family courts recommend, which is essentially to first try relationship counselling.

“Then if that doesn’t work, and you’re both definitely parting, you should try to reach agreement between yourselves on dividing your finances. If you can’t agree on your own, try mediation. If all else fails, then only as a last resort should you start formal legal proceedings or call a legal team.

“Prior to COVID-19 divorce was on the decline in general in Australia and marriages were lasting longer. However, it will be interesting to see how the extraordinary circumstances of the last few months will affect people’s personal relationships.”

What do you think of conscious uncoupling? Tell us in the comments below.