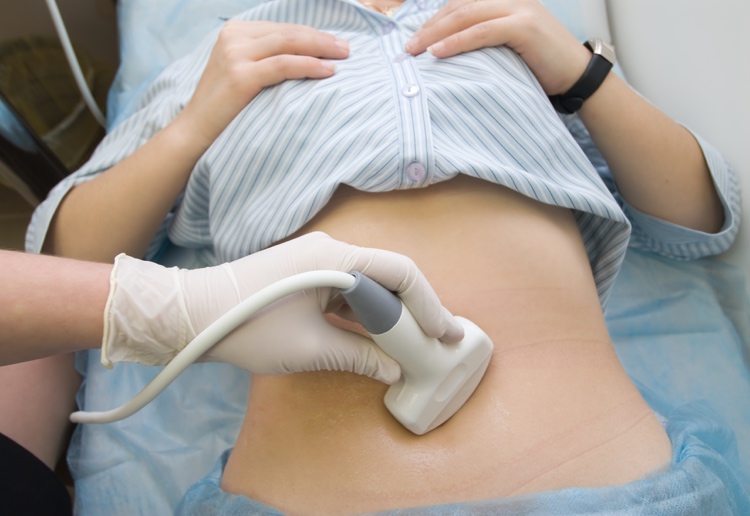 What a close call! An adorable little girl was almost aborted after her parents were told by a doctor during a routine ultrasound that their baby had died.

In a shocking story that made headlines all over the world, Ben and Susanna Williams, shares how their daughter Riley came close to never being born.

The couple were told that Susanna had tragically suffered a ‘missed miscarriage’ at six weeks, reported the Daily Mail. This occurs when the baby passes away in the womb but the mum’s body fails to recognise the loss.

They were given two options – to have the foetus removed surgically or allow her body to miscarry in a natural manner.

Thank goodness, the parents were for a second opinion at an NHS clinic and discovered that the unborn bub was still very much alive.

While the William’s were overjoyed about the good news, they were furious that they had been put through an emotional rollercoaster by the doctor at the private clinic, who originally made the erroneous (and potentially fatal) diagnosis.

‘We could have got rid of her’

Susanna, told The Daily Mail: ‘Every time I look at Riley, I can’t help think how she might not have made it.

‘We could have got rid of her. And I fear other couples might have aborted healthy babies after being given wrong information at private scanning clinics.’

Susanna explains that she had miscarried at eight weeks during a previous pregnancy so wanted to put her mind at ease. The NHS only offers expectant mums a 12-week ultrasound so she decided to book into Window To the Womb, a private clinic in Chessington, South West London.

‘It had decent reviews and did scans from six weeks,’ she said.

No Parent Ever Wants To Hear This

According to the couple, after performing an internal scan, sonographer Dr Ashish Sharma turned to them and said: ‘Unfortunately, your baby stopped growing at six weeks. You are actually eight weeks’ pregnant, not seven as you thought. But there is no foetal heartbeat.’

He explained to the devastated couple that she had experienced a ‘missed miscarriage’ and they should make a hospital appointment to discuss an option of having a D&C.

Susanna was leaning towards having a D&C, but a hospital nurse advised the mum to wait a week as it was still early days in her pregnancy.

The hospital then offered to do a repeat scan and the sonographer told them: ‘I’ve got some good news for you. There’s your baby – and that’s your baby’s heartbeat.’

The couple were elated at this news but were understandably cautious. ‘I thought it still might go wrong,’ said Susanna. ‘I only began to relax after the 20-week scan.’

In May, their healthy baby daughter, Riley was born.

Ben followed up with Dr Sharma to tell him of the grave mistake. ‘But when I talked to him, there was no apology,’ ‘Instead, he said, “I’m really happy it worked out for you.” ’

According to Ben, Dr Sharma said he had advised the couple to get a second opinion. However the parents are adament that no follow-up scan was recommended. They have made a plea for private ultrasound clinics to let their patients know that results may not be absolutely accurate, especially in the early days of pregnancy.

Window To The Womb has subsequently apologised to the couple for any distress.

A spokeswoman described the mistake as ‘an isolated incident’ and said the clinic scanned more than 100,000 pregnant woman a year.

‘We recognise that we failed on this occasion,’ she said.