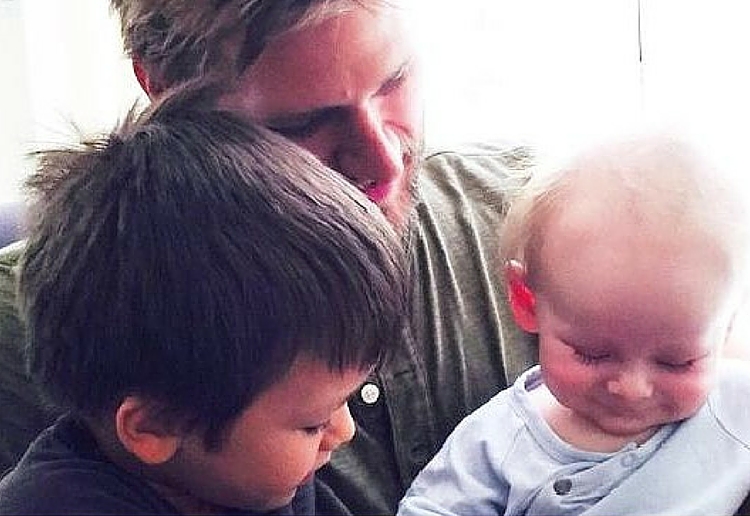 Celebrity Chef, Curtis Stone thinks that parents should let their kids go hungry more often to encourage them to eat what they are given.

Speaking with the Herald Sun newspaper, the internationally famous Melbourne chef said parents are doing themselves no favours by pandering to picky eaters.

He recommends parents storing food in the fridge if kids refuse to eat the food that is given to them and then serve it up again at the next meal.

He also told the newspaper that no snacks should be offered between meals, so that children are hungry enough to eat the dish the next time it is served.

“Say you make a fish pie and the kids won’t eat it; I’d wrap it up, put it away and offer it again later when they’re hungry,” said Curtis, who has two boys, Hudson, 4, and Emerson, 1.  “What’s wrong with fish pie for breakfast? I’d love a fish pie for breakfast. I think the problem is too many parents worry about their kids being hungry that they let their children dictate what they eat.

Throughout the interview, Curtis urged parents to experiment with flavours and to expose children to spices from an early age.

“Try incorporating the vegetables into the meal with a chicken casserole or a bolognese,” he said.

Appearing as a guest judge on the hit TV show, My Kitchen Rules (MKR), Curtis acknowledged that home cooking was often more challenging than working as a chef in a restaurant.

He said that he often picked up recipe ideas from watching others in the kitchen and was very impressed by the level of culinary skill displayed on MKR.

Curtis said he had a strong empathy for contestants competing on the reality TV show, having experienced it himself when competing on the US version of The Celebrity Apprentice with Donald Trump.  Curtis placed fourth overall in the competition.

Laughing at the suggestion he would be lending his support to Trump’s current presidential campaign, Curtis replied:

“My mother always told me never discuss religion or politics,” he told the newspaper.  “But it just shows, anything can happen in the land of the free.”