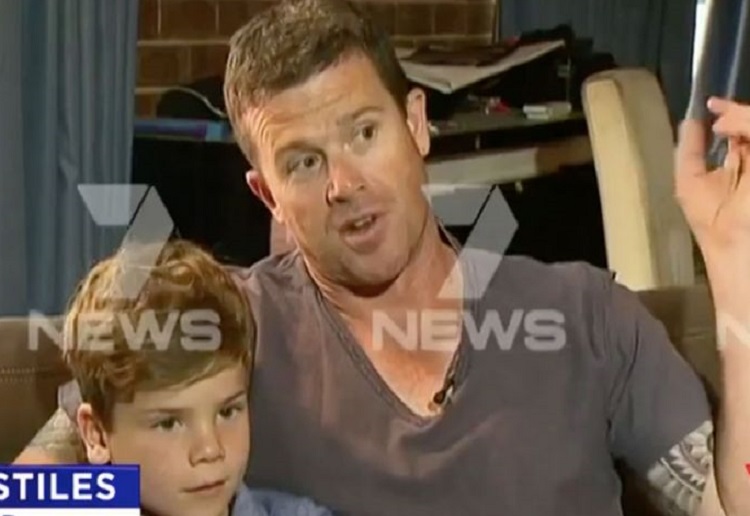 The eight-year-old fell into the trench on a property at Jandabup in WA, around 4pm on Sunday, prompting a delicate rescue operation, reports 7 news.

At one stage the young boy was trapped up to his neck with dirt and sand.

The boy’s father made a heroic attempt to save him, jumping into the trench when the dirt began to cover him.

Specialised rescue equipment was rushed to the property where firefighters began frantically digging to reach the boy, who was two-metres below the ground.

The boy was eventually pulled from the trench around 8pm, clutching at his teddy bear.

He was flown to Sir Charles Gairdner Hospital with his mother by the RAC rescue helicopter before being transferred by road to Princess Margaret Hospital for Children with non-life threatening injuries. 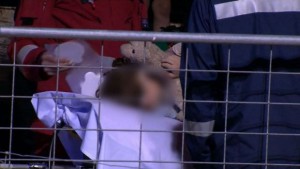 The father of the eight-year-old Riley who fell down a makeshift trench in the family’s front yard has spoken of the terrifying moment his boy was completely buried in sand.

Dad, Matt Stiles, two firefighters and a paramedic were frantically trying to rescue Riley when another pile of sand fell on top of him, reports 7 news.

“As I was digging, a whole heap of sand actually landed on top of us,” he said.

“Riley got buried above his head and he was screaming, ‘Don’t let me die dad’!”

“It was just terrifying.” 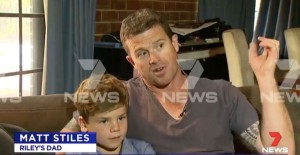 WARNING – Some people may find the below interview distressing, it had me in tears watching the little boy speak of his ordeal.

What a terrifying ordeal for them. So glad he is OK!