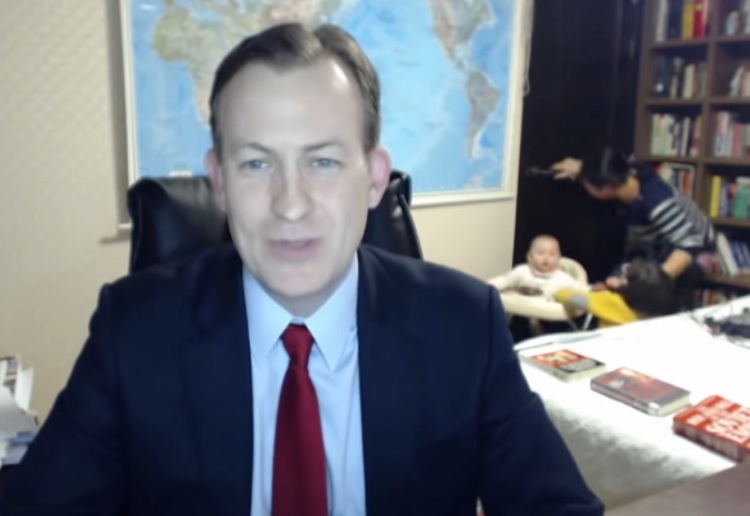 Remember this time last year when Professor Robert Kelly, an expert on Korean politics, became an instant celebrity during a live interview on BBC News? Here’s what’s happened since…

In March 2017 the Professor was discussing the impeachment of South Korea’s president Park Geun-hye when his young daughter appeared in the background in his study.

While most people thought the live TV interview was hilarious, some were not so amused at the way he treated his child.

Footage of the interview appeared on Twitter and quickly went viral.

However some were quick to point out that the clip was, in fact, bad and wrong, and not funny at all.

Critics commented disapprovingly on the way Professor Kelly tried to push his daughter away. 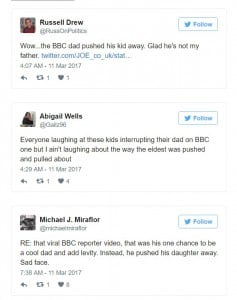 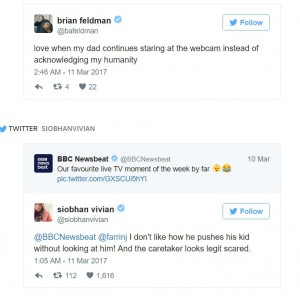 Mr Kelly has described how his life changed after his kids crashed his live BBC TV interview, turning his family into internet celebrities.

Sharing an article for online journal The Interpreter, Mr Kelly said he’s been photographed shopping for milk, solicited for television commercials and was even pulled over by a cop who wanted a selfie, shares STUFF.

“Losing anonymity has easily been the biggest change in our lives since the video,” he wrote.

“People recognise us a lot – at the store, on aeroplanes, in movie theatres, while shopping.”