A Queensland dad has warned other parents not to follow in his footsteps.

Mark Bladen pleaded guilty in Brisbane Magistrates Court to one count of assault occasioning bodily harm for attacking and choking a 14-year-old boy at a Brisbane skate park on March 3.

He was fined $1000 with no conviction recorded.

His wife Jennifer spoke up following the attack to say the boy had been bullying his daughter for months to the point she was scared to go to school, reports 7 news.

“Kids are committing suicide because of this and it’s not on. So we are now as a family standing up to them,” she told the Daily Mail Australia after his arrest.

Mr Bladen’s actions were applauded by some online, with many saying they’d react similarly.

However Mr  Bladen has urged other parents not to follow his example.

“I’m very sorry for what I did, very regretful and ashamed,” Bladen told reporters.

“Please don’t do what I did, I just lost control, it’s definitely not the way to handle things.”

Recently we shared the story of a QLD family suing the high school of their teenage daughter after  she took her own life following constant physical and emotional abuse  – read more here. 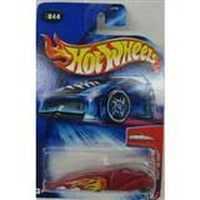