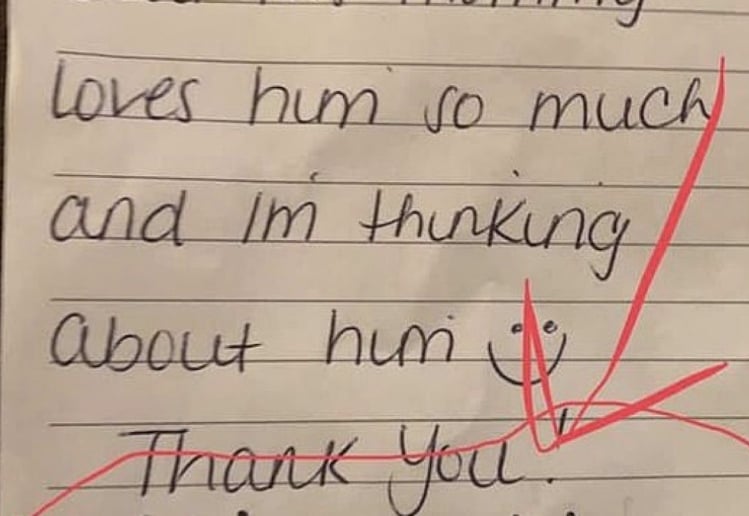 A daycare worker has been fired after writing a note and leaving it in a five-year-olds lunchbox, instructing his mother to put her son on a diet and ‘go away’.

The offensive note has been circulated on social media and thousands of parents have shared their disgust about the incident.

Mum, Francesca Easdon sent her son to Rocking Horse Day Care in Kingwood in Texas with a note asking staff: ‘Please tell (child’s name) that his mommy loves him so much and I’m thinking about him.’

However, the mother was absolutely shocked when she discovered that the note had been returned in her child’s lunchbox with a new message written underneath her writing. The note read: ‘No! Put him on a diet and go away!’ 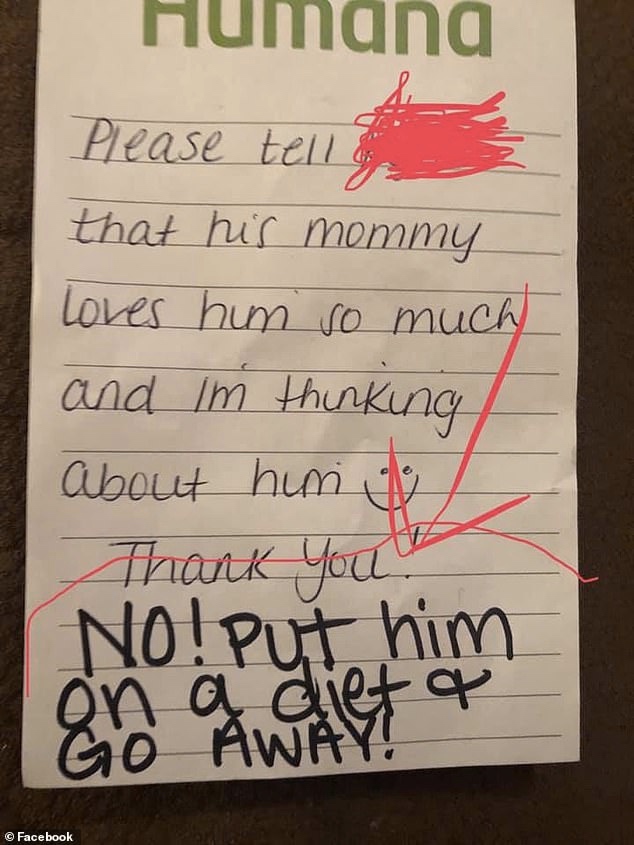 Ms Easdon posted a pic of the note online saying that this was the first time she has had an issue at the day care.

She explained that her son Kyler is an ‘extremely picky’ eater. Ms Easdon added that she had been introducing him to ‘healthy options’ in his lunchbox and she had spoken to the child care about these changes.

The mum spoke to ABC 13 saying: “The thing that upset me the most is that this is bullying.”

She was ‘livid and immediately reached out to the school.’ She had a meeting with the director of the child care and demanded that action be taken.

‘I was assured that it was being investigated and handled, yet almost no remorse was shown,’ she said. ‘I also brought to their attention the fact that on his teachers public Facebook page there were mass posts regarding drug use and other very inappropriate content.’

Easdon said that she was ‘disgusted’ that she had trusted the staff with her son and promptly removed him from the school and enrolled him ‘in a beautiful new facility.’

He’s Perfect Just The Way He Is!

‘And for the record, I feel that Kyler is absolutely perfect the way he is, I’m just helping him make healthier choices,’ the mother added.

She also shared a warning with other parents: ‘Monitor your daycares closely and stay away from this facility, they do NOT deserve the privilege of teaching our children.’

What would you do if you received a note like this? Tell us in the comments below.