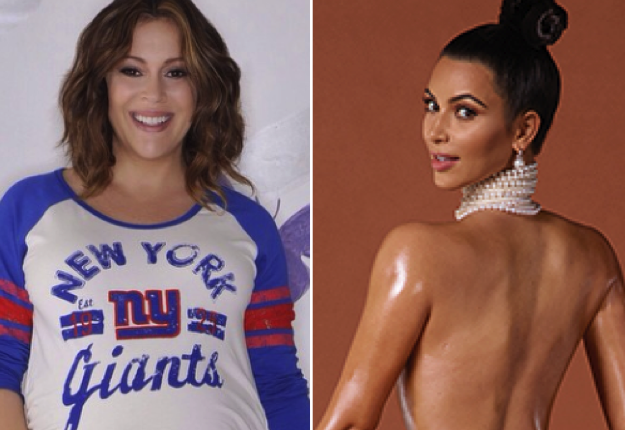 Since the birth of her second child in September, Alyssa Milano has shared two photos of her breastfeeding bub Elizabella Dylan on Instagram.

While the 41-year-old received a certain amount of support for being so open about breastfeeding, many thought it was inappropriate of the star to share such intimate photos on social media.

So understandably, after the release of Kim Kardashian’s nude Paper Magazine cover, the star was confused as to why people were offended by her breastfeeding photos, but not by Kim’s attempt to ‘break the internet’.

While Alyssa was surprised by the different reception she and Kim’s photos received, she did praise the 34-year-old reality star, tweeting:

Milano’s tweets inspired a movement of breastfeeding selfies, with many mum’s posting their own photos on social media sites. Milano has showed her support for the movement by re-tweeting some of her follower’s pictures.

So what do you think? Do you think Alyssa Milano’s breastfeeding pic was more offensive or controversial than Kim Kardashian’s magazine cover? Or do you understand Alyssa’s confusion at the different responses?