Article Don’t Dare Mess With the Anzac Biscuit Recipe or You Will Be Fined!

Don’t mess with the good ol’ Anzac biscuit or you will pay a price. A big price!

That’s the message for bakeries and other small businesses in the lead up to Anzac Day commemorations.

The Federal Department of Veterans Affairs says businesses will face hefty fines of up to $51,000 if caught tampering with the traditional Anzac biscuit recipe, while individual sellers could be slapped with a $10,000 fine.

Stick To The Recipe…Or Else!

Under government regulations, a biscuit can’t be sold as an ‘Anzac biscuit’ if it has additions like chocolate chips or almonds.

According to the DVA guidelines, products produced commercially are required to conform to the traditional recipe and shape, and should be referred to as ‘Anzac biscuits’ or ‘Anzac Slice’.

“Referring to these products as ‘Anzac Cookies’ is generally not approved, due to the non-Australian overtones,” the guidelines state.

“There may be some substitution of ingredients for people who are gluten or lactose intolerant, definitely no addition of new ingredients that alter the traditional biscuit and its taste such as egg, chocolate chips or almonds”, said a spokesperson for Veterans’ Affairs. 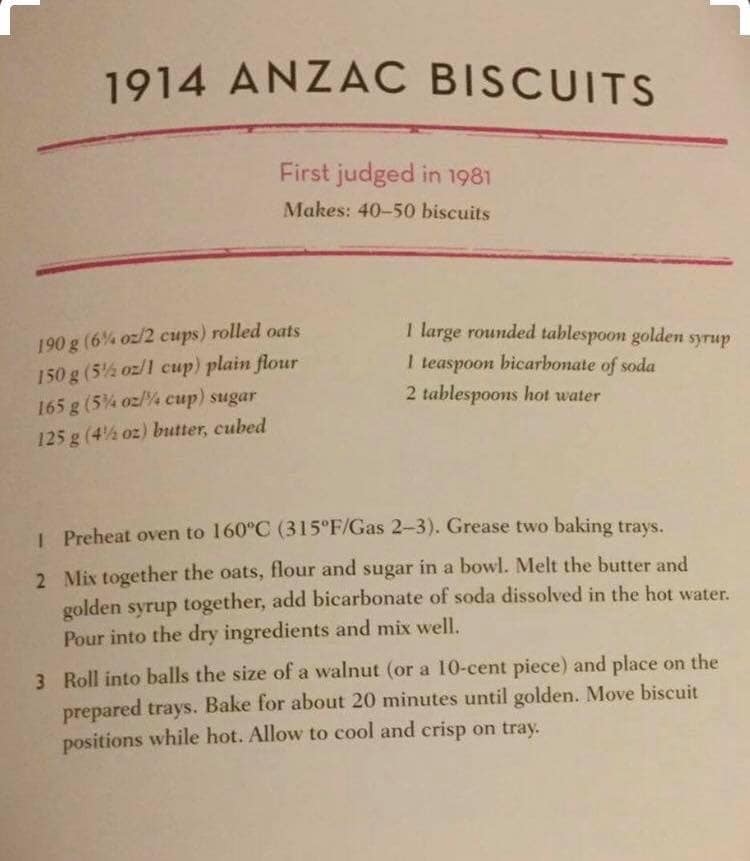 Where The Biscuits Began

The biscuits were made in Australia during World War I by soldiers’ wives and women’s groups, and favoured because the combination of ingredients kept well during long periods of transportation.

A Gelato chain was forced to rename its Anzac ‘Bikke’ flavoured gelato to ‘Anzac BISCUIT’ at the request of the department a few years ago.

Fair call or totally crazy? Share your comments below.