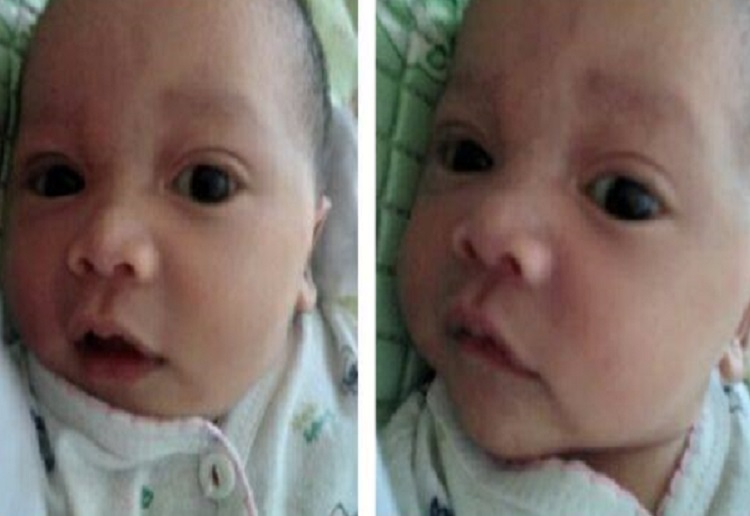 Four-week-old died of pneumonia after breathing in second-hand cigarette smoke at a family function.

Baby Muhammad Hafizh Indonesian parents said they had no idea such a short exposure could be fatal.

“I hope the Government will shut down the cigarette manufacturers,” Hafizh’s mother Fitria Lestari said.

“Cigarettes here are worse than narcotics — but narcotics only kills the user, while cigarette addicts kill the people around them.”

Hafizh was exposed to cigarette smoke at a party to celebrate the new baby, reported ABC news.

“Cigarettes were the culprit,” the baby’s father Hegidi Ichwanur said.

“We believe smoking was the main factor,” Fitria agreed. “Everything was fine before then.”

Fitria and her husband said the smokers were relatives who refused to put out their cigarettes.

She said they were ignorant of the potential damage.

They said the baby was exposed for about five minutes, but was severely affected by the smoke.

Hafizh developed breathing difficulties and they took him to hospital.

“They said his condition was improving and he was moved into the ward, but then he started declining.

“He was coughing, his pulse was getting weaker and weaker … the doctor asked us to pray for him.

“I had to give up on him. I said to him, ‘My dear baby, you may go if you want to go, mum and dad were pleased with you’. And then he was gone.”

Baby Hafizh’s mother said the Government must move against the tobacco industry.

“The difficulty here is that so many things are sponsored by cigarette companies — like sporting events,” she said.

“If the Government can’t shut them down, then they should increase taxes so that cigarettes are very expensive.”

The American Academy Pediatrics (AAP) has conducted research on the effects of thirdhand smoke and found that it is also harmful. Thirdhand smoke is the smoke left behind—the harmful toxins that remain in places where people have smoked previously. Thirdhand smoke can be found in the walls of a bar, upholstery on the seats of a car, or even a child’s hair after a caregiver smokes near the child.

Infants also have a higher risk of SIDS if they are exposed to secondhand smoke.

Children have a higher risk of serious health problems, or problems may become worse.

Children who breathe secondhand smoke can have more:
Ear infections
Coughs and colds
Respiratory problems, such as bronchitis and pneumonia
Tooth decay