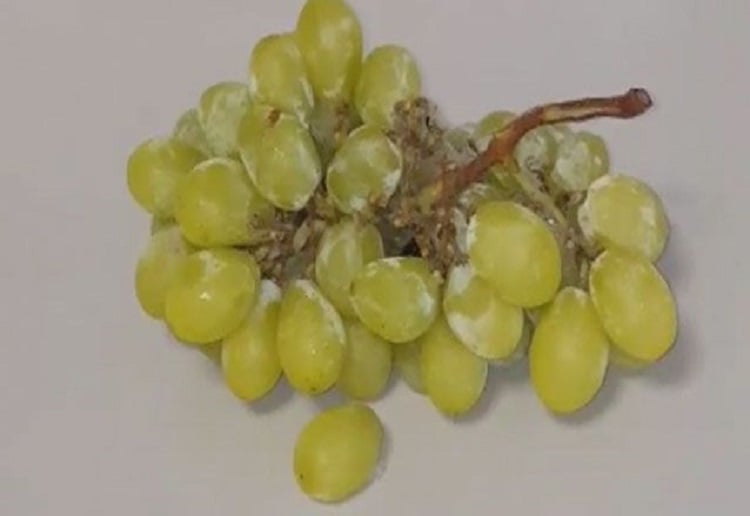 A Perth family have copped abuse after sharing a warning about a nasty surprise hiding in their bunch of grapes.

Anna-Lisa Elliott said she purchased the grapes at an IGA supermarket last week and gave them to her daughter to eat.

Her partner, Matt Honnor, then started pulling the bunch apart to put in school lunches and found a black spider nestled in the middle. 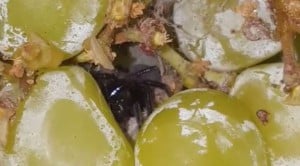 “To think my step-daughter was eating from the same bunch just moments earlier is pretty disturbing, I just kept thinking, what if it was a redback?” he told the West Australian.

“It was horrible. What if she had swallowed it?”

The family said they believe it was a common house spider and took the grapes back the following day.

Mr Honnor posted a video of the bunch, showing the spider sitting in a web inside.

“This is a matter of public health and safety. My kids have been eating these straight out of the bag,” he wrote.

“Your (sic) lucky none of them have been bitten…. or ate it for that matter.”

He has since deleted his post after receiving negative backlash from people claiming they were being over protective parents.

Anna-Lisa said, “The way I see it we’re not over protective were responsible parents and that’s why our kids are respectful healthy kids.”

How is that over protective by warning people just to be aware? Fair warning in my opinion.