Article Family of toddler beaten to death by babysitter blame themselves 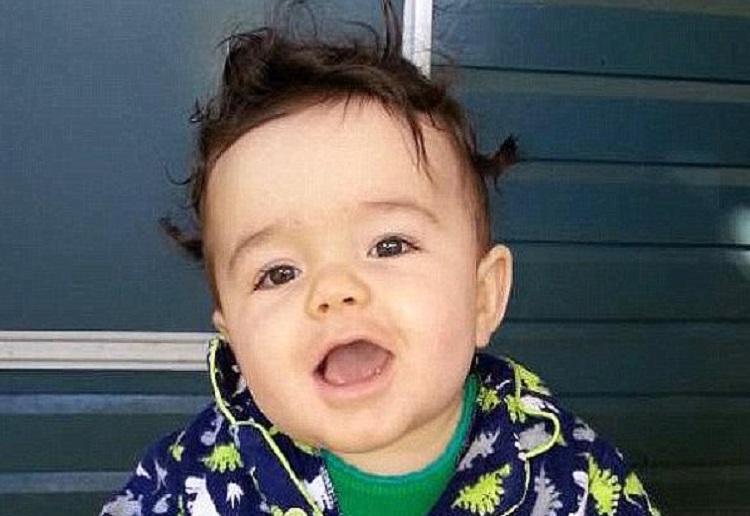 The family of a toddler killed by his babysitter feel they ‘failed’ their son.

The court heard Ireland drunkenly beat 18-month-old, Hemi Goodwin-Burke, over a two-hour period while babysitting him in March 2015.

With Mr Ireland, 31, eligible for parole in just two years because of time already served, the family feel they and the justice system let their son down.

‘We failed. As much as people say we suffered, we [also] failed. And that’s hard for me to keep saying, because I was not there to protect Hemi,’ Ms Goodwin told The Advertiser.

‘And now the State, the Crown, have failed him again.’

The family were enraged throughout the trial that Ireland was not being tried for murder, after prosecutors and police downgraded the charge to manslaughter.

Mr Bourke claimed they had not been given adequate information about what really happened to Hemi throughout the trial, he told the publication.

Ms Goodwin and Mr Burke are going to attempt to appeal and have already started a petition to the Queensland Attorney-General.

Ms Goodwin said more can be done in our justice system to make sure taking a child’s life is not just a ‘slapped wrist’.

The family were also upset that they were not allowed to wear T-shirts with a picture of Hemi in court after the judge ruled against the action.

During the trial, Hemi Goodwin-Burke’s family screamed out as the 31-year-old was handed a parole eligibility date of March 2019.

Ireland has been in custody since the savage attack, meaning he will have served four years of his sentence when he is eligible for release.

The court heard Ireland drunkenly beat Hemi over a two-hour period while babysitting him in March 2015.

The infant’s body was covered in 78 separate bruises from being kicked and punched repeatedly.

Hemi’s mother Kerri-Ann Goodwin fought back tears in court as she apologised for letting her son’s killer into their lives.

She had been in Brisbane receiving medical treatment for a back injury and trusted Ireland to take care of her children.

‘I let this person into our home, a place that should have been a safe haven,’ Ms Goodwin said.

‘I trusted him, I thought he was a friend. I’m sorry Hemi.’

Ms Goodwin and father Shane Burke said they would be seeking to appeal to get justice for their son.

‘We as Hemi’s parents have let him down,’ Mr Burke said.