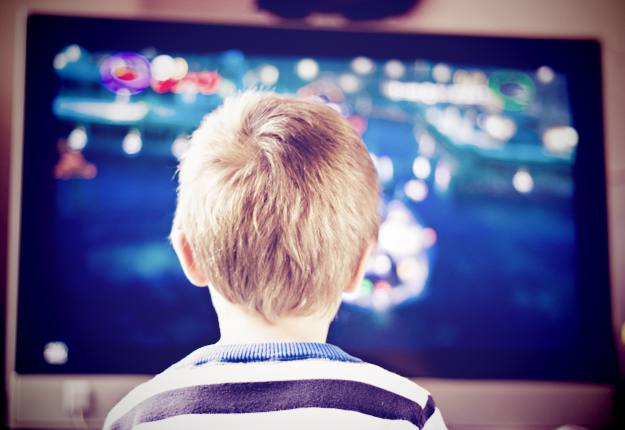 With the holidays over once more, it’s back to school, back to the books and back to a daily routine. Chances are that some of the activities your children entertained themselves with during the holidays will need to be cut back in order to make way for learning and study. We should be finding the balance with screen time, using routine and guidelines.

My children have spent some time in front of a screen over the holidays (actually many screens!) as I am sure many other children have done over these last few weeks. So, I thought it would be interesting to discuss the benefits of playing and interacting with screens such as televisions, computers, video game consoles, tablets or smartphones, and how this can fit into a healthy and active lifestyle for our children. It’s funny, when I really stop and look, it’s the screen that’s in front of the kids and not the other way around!

The Australian Government has some guidelines around the recommended screen time for children, regardless of which screen they may be watching;

There is no doubt, as parents, we often wonder if our children are spending too much time in front of the TV or playing video games. Interestingly, a recent QLD University of Technology (QUT) study has shown that between 74 – 90% of children exceeds this daily recommendation. The question is, should we be worried?

In short, no. The amount of time children spend in front of a screen can’t be measured the same way as it was for my generation; it can’t even be measured using the standards of five years ago as technology moves way too fast.

The world is not captured on a page like it used to be, so many education and reference materials are now  found online and delivered digitally on your computer and tablet for example. For children, an entire global library is at their fingertips through the internet and on various connected devices. (I wish I had been so lucky – Encyclopaedia Britannica anyone??)

And it’s hard to argue that interacting with a screen is an entirely bad thing. While many parents are naturally concerned that their children are playing too many video games, it was interesting to note that the QUT study found that children expend far more energy while playing video games than they do while passively watching television. The interactive nature of video games requires players to react to stimuli, solve problems, adapt to changing situations and find patterns in their environment. This is all before they’ve stood up to kick a virtual ball!

So, how can the screen fit into our child’s routine?

Reading a book, playing soccer and practicing new maths formulae can now all be done in front of a screen, so it’s important to remember that technology is allowing children to both play and learn in ways never previously possible.

The technology revolution happening in the classroom for example, can’t be ignored. As the ambassador for IGEA, I am fortunate to speak with teachers who are using video games in the classroom to teach Humanities and Science, English and Maths.  As children have grown up with technology, it’s only natural that technology is being combined with traditional educational methods to make learning more accessible, relevant and fun. For example, Lynette Barr is a primary school teacher who’s using the game Lure of the Labyrinth to successfully teach her year 5 and 6 students maths skills.  She was recently even awarded an Outstanding Primary Teacher Award from the Victorian Government for her work!  Toddlers can also play games and apps on their parent’s smartphones, teaching them how to count or say words.

Having guidelines is useful, but they are just that – guides. As parents, we are the best judges of what is right for our family; the guidelines can point us in the right direction but it is up to us to determine how far we go.

So as children return to a routine and you try to wean them off their holiday-style interaction with TV, computers and console games remember;

By Stephanie BrantzStephanie Brantz is an ambassador for the Interactive Games and Entertainment Association and has been a sports and events presenter for the ABC since 2010. Stephanie is mother to three children – Patrick, 18, Lewis, 14; and daughter Lindsay, 11 – and she spends time monitoring their interests and finding out safe ways for them to participate in the online world. For more advice from Stephanie please visit – http://www.igea.net/takecontrol/