Article How to choose the right video game for your children 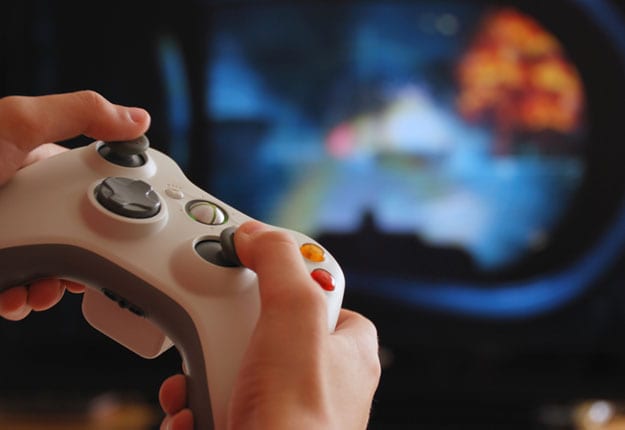 With Christmas fast approaching, the thought of buying presents is one most parents dread. Even more so if you have to step foot into an alternate universe, where aliens rule or dragons are hunted and slain.  Yet with gaming a popular activity amongst children, chances are at some point you will have to visit a game store, where terms like  “button mashing” or “pwning noobs”(see below for translation), are regularly exchanged. As a result, parents tend to watch with eyes wide as their children whirl through the aisles for their favourite games. But when you want the game to come as a surprise to your kids on Christmas morning, how do you pick the right game that is not only fun but age appropriate too?

Unlike your corner video shop, there are no clear distinctions between video game genres to help you choose the right game for your child.  Often games about raising cute creatures in a world of rainbows sits side-by-side with the latest and greatest war title.   So, it falls to parents – and as I believe it rightly should – to decipher the age-appropriateness code of a game.

There are a few rules I’ve set in place when buying video games for my three children – some I’ve learned the hard way!  Naturally, the classification ratings G, PG, M and MA15+ are a good indicator if a game is age appropriate but I use it only as starting point as no one knows my children better than I do.  For example, whilst a game may be rated G, if one of the levels has a haunted house theme, I might not let my youngest play it as she’s terrified of ghosts at the moment. Also, come next January, we will have an adult rating for video games which means our video game classification system will be more consistent with film and TV, and less confusing for parents (I know many parents who didn’t even realise video games only had a MA15+ rating).

I’ve also found that you will be able to learn a little more about a video game from the blurb and images on the game case, but if I’m still unsure about any elements, I ask my child what a game is like.  Chances are if they haven’t already played it or seen it being played at a friend’s house, they have probably heard something about it from a magazine or website.   Although, like with most things, children will only pick the roses from the bushes so I’ve found it always helps to do my own research about the game too.  There is an incredible abundance of free information about video games available online that your children are no doubt aware of. A quick Google search of a title will reveal game reviews, trailers and even playable demos – all these things are pieces of the puzzle when determining what’s appropriate.

Before I let my children take off on an incredible new adventure, I’ve found out the hard way not so long ago that it’s also important to check if any of that adventure is going to take place in cyberspace.  A PG or M rated game can very quickly turn into an MA15+ game when players have the ability to communicate with each other, often anonymous strangers, during online play.  Even titles that may seem fairly harmless, such as Fifa 2012 – a soccer based game, when paired with the right console can allow players to communicate and verse others online, opening your children up to situations that may require parental supervision.  It’s also possible to download extra content on some games – new weapons, characters, levels – which can significantly alter a game so this is something to also keep a constant eye on.

Far and above these rules, I’ve found the best way to learn about the games your children are playing or requesting in their Christmas stocking is to wrestle the controller from them and to have a go yourself.   There’s nothing like getting up close and personal with a game. You’d even be surprised at how fun racing around a circuit collecting coins to win the Mushroom Cup in Mario Kart 7 can actually be! On-screen battles are a regular occurrence at our house now and it’s become another way for my children and I to spend some quality time together doing something they enjoy.

So don’t dread the Christmas game shopping this year, listen to your children, look out for the ratings but above all do some of your own research into the title before purchasing.