A five-year-old boy is in a stable condition in hospital after he was shot in the hip while in the bedroom of a Sydney home.

Both parents of a five-year-old boy who was shot in his Sydney’s west home last week have now been charged for allegedly hindering the police investigation, reports ABC news.

The 41-year-old father was charged earlier this week with hindering an investigation, possessing an unauthorised firearm and possessing ammunition without holding a licence.

Yesterday, the 37-year-old mother was charged with the same offences.

Both have been granted bail to appear in Liverpool Local Court later this month.

Despite the shooting, Chief Inspector Newton said the children would remain in the care of their parents.

“I don’t think there is any issue in relation to the safety of the kids, I think the kids are fine,” he said.

Officers said it was possible further charges could be laid as the investigation continued.

Police were called to the home in Lurnea, about 9pm yesterday after the boy’s parents found him with a gunshot wound.

The boy was shot in the hip while he was in a bedroom of the home with his sister. No one else was injured, reports 9 news.

His parents drove him to Liverpool Hospital, but he was later transferred to Westmead Children’s Hospital, where he remains in a stable condition.

Detectives have not determined a motive for the shooting, but said the single gunshot was likely fired from outside the house.

“The evidence suggests there may have been a projectile fired from outside the premise,” Superintendent Peter Gillam said this morning.

“We still want to talk to the parents to try and establish if there is a motive and see maybe if there is something they have done for this to occur.

“We’re throwing all the resources we can onto this investigation,” he said.

Forensic investigators have established a crime scene at the home and are continuing their investigation. 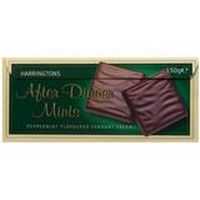