Article F@#K!!! What the experts say about swearing during labour 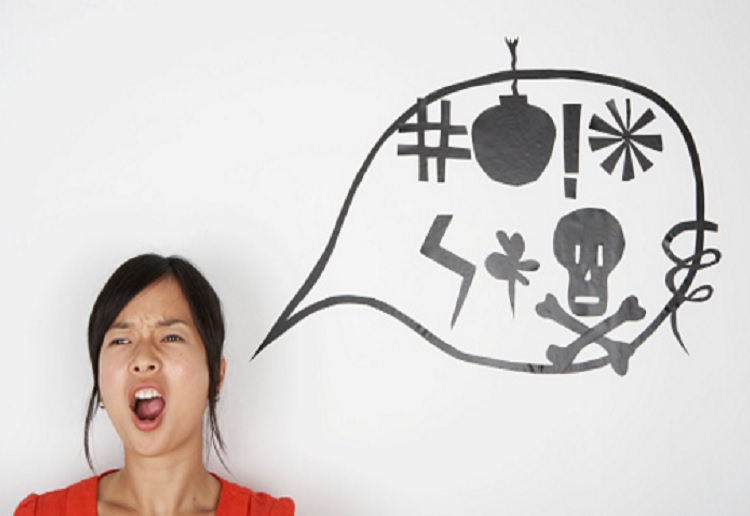 A study found that using expletives was actually emotional language, and can make you feel better in certain situations.

The idea for the investigation came about after Dr. Richard Stephens, from Keele University, heard his wife swearing during labor, and asked the hospital’s midwives whether this kind of reaction was normal.

They told him that it was, as pain and cursing go hand in hand, so Stephens decided to pick this idea up as a research project into whether bad language can actually provide pain relief.

“I’ve been curious about swearing since childhood,” he explains, “because there’s a sort of fascination around hearing adults curse and use a language that you can’t. That interest stays with people.”

“I thought there was a good chance that swearing would help people cope with pain, because there has to be a reason people do it,” Stephens continues.

During the initial research, one hypothesis to emerge was that using obscene language was a form of catastrophizing: a cognitive distortion whereby the threat of a painful event is maximized in the mind of the sufferer.

“This was the best scientific line we found,” he says. “But as we looked into swearing further, it became apparent that it’s actually emotional language, and can make you feel better in certain situations. If you’re waiting for an ambulance and have no drugs, cursing can actually reduce the feeling of pain.”

The research process involved asking participants to play video games at different levels of the emotional spectrum, and then testing their relationship with aggression and swearing after this.

After playing a golf game, candidates scored lower on the swearing fluency test, only being able to recall seven expletives. But after playing a shoot-’em-up game, participants were found to have higher levels of aggression and the ability to reel off eight curses.

This finding was key in proving that swearing is in fact emotional language, and can serve an important purpose in both conveying certain emotions and acting as a coping mechanism for discomfort.

So there you have it. Don’t hold back during labour ladies. It may actually help ease some of the discomfort!

Do you curse during labour?