Article ‘Fun Police at it again': Children banned from rolling down a hill 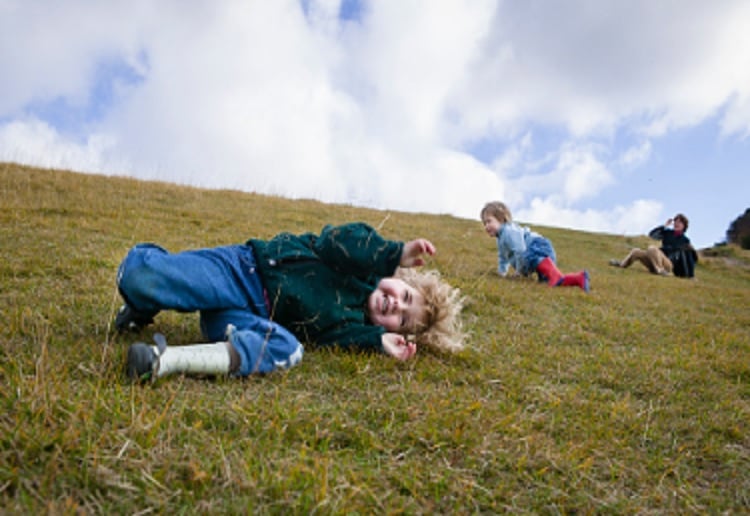 Adelaide mum, Cathie Morris,  posted to Facebook a picture of the sign at the gardens which reads, “Please do not engage in sliding or rolling downhill”.

“Kids have loved sliding down this grassy hill at Mt Lofty Botanic Gardens for years.

“So sick of all the litigious, risk averse, politically correct madness!!! Rant over.” 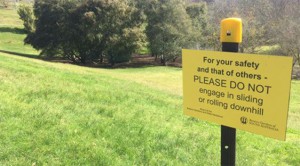 Ms Morris told Today Tonight, “I just feel it’s a bit sad that one of the simple pleasures in life is now considered too dangerous.”

She has been overwhelmed with the support she received on social media and wants the signs removed.

“It’s a right of passage. Kids should just be allowed to roll down hills,” Ms Morris said.

The Botanic Gardens says it must put visitor safety first and the signs were put up after someone suffered a broken bone.

It provided a statement to Today Tonight saying the decision to erect the sign, discouraging people from sliding down the hill, came after that incident around eight years ago. 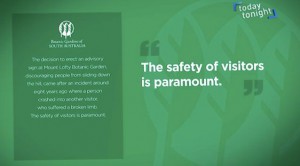 “A person crashed into another visitor, who suffered a broken limb,” the statement said. “The safety of visitors is paramount.”

Ms Morris said it was a shame that one incident “spoils it for everybody” and questions the consequences if children aren’t allowed to take risks.

“Otherwise how do they build up resilience and how do they learn where to draw the line?” she said.

Do you think this is yet another case of PC gone mad?