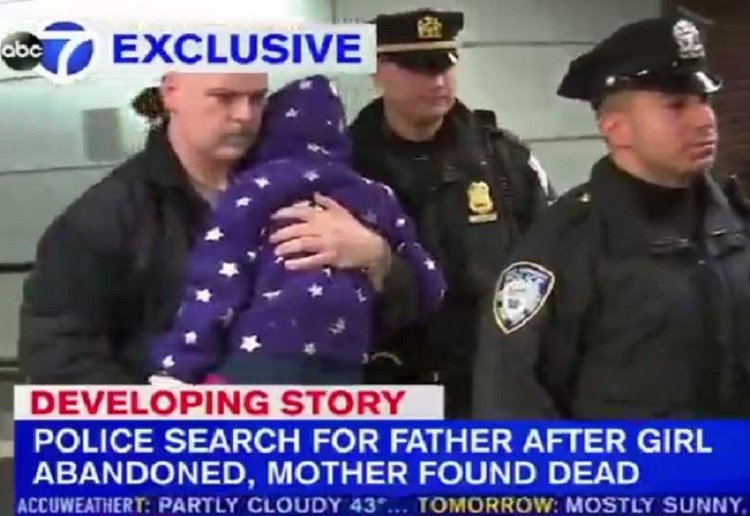 A FIVE-YEAR-OLD girl was allegedly abandoned by her dad at a New York City bus terminal. What police discovered at her home was horrifying.

When police went to talk to her mother at home, they found the woman dead, law enforcement sources told The New York Post.

Authorities are now hunting for the child’s father, Elmer Gomez Ruono, calling him a “person of interest’’ in the woman’s death, sources said.

The little girl told police she and her father had taken a bus to the Port Authority Bus Terminal and that he had told her to stay where she was when he dumped her on the facility’s second floor by a Hudson Newsstand, sources said.

“She’d been sitting there for some time … The kid told the cops that her father had told her to wait there,” a source said.

The girl, who spoke mostly Spanish, was taken into the care of Police. She was then able to give them enough information to locate her home in Stamford, Connecticut, police told The New York Post.

When cops went to the address, they found her mother, a Guatemalan in her early 30s, dead inside, authorities said. There were signs of a struggle inside the apartment.

“We are trying to find out more about the family because they only moved to Stamford from New Jersey today [Monday] or yesterday,” Stamford police Captain Richard Conklin, head of the department’s Criminal Investigations Bureau, said.

He added that the department was pursuing the death “as if it was a homicide,” although the local medical examiner had yet to rule on the cause of death.

Surveillance video showed the little girl and her dad entering the bus terminal.

“She is in good health. We are taking good care of her … She is still in our custody. We are working on placing her,” a police official said.