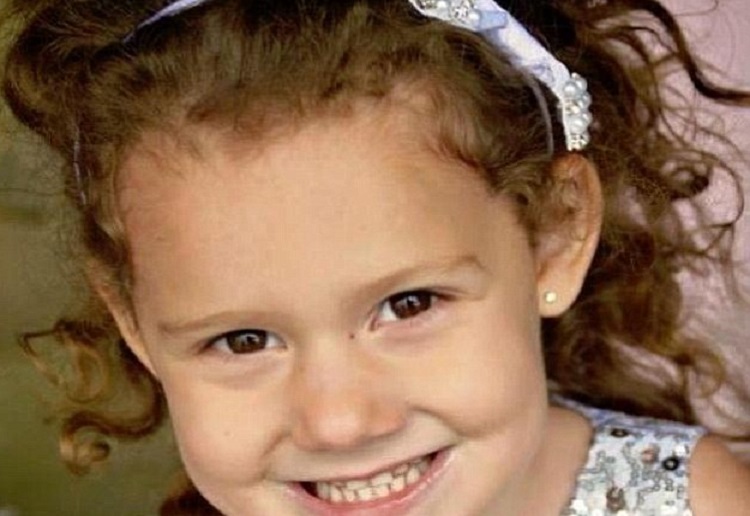 A critically ill little girl died hours after a GP refused to see her because she turned up a few minutes late for an emergency appointment.

We originally shared this story in February 2017, at the time the doctor was still practising after escaping with a ‘slap on the wrist’ at a secret disciplinary hearing, reported Daily Mail.

Ellie-May Clark, five, died of an asthma attack after Dr Joanne Rowe refused to see her – despite having previously been warned the girl was at risk of suffering a life-threatening seizure.

The child’s distraught mother, Shanice, said they were just four minutes late for the appointment.

An official report, uncovered by The Mail on Sunday, stated they were eight minutes late, but Shanice insisted that was incorrect as she checked the time on her mobile phone when she arrived.

They were sent home and told to return in the morning, but Shanice discovered her ‘bright and happy’ daughter having an asthma attack and not breathing an hour after she put her to bed that night. She died minutes later.

Dr Rowe, 53, was suspended for six months on full pay after Ellie-May’s death in Newport, South Wales in January 2015. The case was heard behind closed doors because the GMC allows GPs to avoid public ‘fitness to practise’ hearings if they accept a proposed sanction – a process designed to help doctors avoid the ‘stress’ of public scrutiny.

Dr Rowe agreed to accept a written warning not do it again.

Ellie-May’s grandmother, Brandi, said: ‘We’ve never even had an apology from Dr Rowe, who got away with just a slap on the wrist after her clock-watching attitude killed our beautiful girl.

‘She has been allowed to get on with her life, get another job and forget about it. But we have been left with nothing but pain. Ellie-May has been denied the life she should have had.’

A report from the local health board, which oversees GPs’ surgeries, told how Shanice rang The Grange Clinic for an emergency appointment at 3.20pm on January 26, 2015, as Ellie-May had suffered an asthma attack at school. Surgery staff knew the girl, and had helped her cope with five asthma ‘exacerbations’ in the previous six months. She had also ended up in a high dependency unit five times before that.

A GP called Shanice back at 4.32pm, agreed Ellie-May needed a face-to-face consultation, and offered a 5pm emergency slot with Dr Rowe.

Shanice arrived at the surgery with Ellie-May just after 5pm. According to the NHS report, Shanice said she arrived at ‘about 5.08pm’.

However, she insisted to this paper it was 5.04pm. Mother and daughter then waited several minutes while the receptionist dealt with a phone call and another patient.

The receptionist finally addressed Shanice at 5.18pm, the report notes, calling through to Dr Rowe to ask if she would see them. According to the receptionist’s account, the GP then ‘shouted something like “No I’m not seeing her, she’s late”.’

At 10.35pm Shanice discovered Ellie-May was having an asthma attack and had stopped breathing. She rang 999 but despite attempts by family, ambulance paramedics and doctors at Royal Gwent Hospital, Ellie-May could not be saved.

An investigation found the ‘root cause’ of the child’s death was that Dr Rowe ‘refused to see Ellie-May because she was brought in late’. It also noted that months earlier a hospital paediatrician had written to Dr Rowe warning that Ellie-May was ‘at risk of another episode of severe / life-threatening asthma’.

Despite this, the report said, Dr Rowe ‘did not make any clinical assessment of EM before refusing to see her’ and failed to give her mother any ‘safety netting advice’.

In a heartbreaking moment, Ellie-May had asked her mother: “Why won’t the doctor see me?”

On Tuesday at Newport Coroner’s Court, Dr Rowe admitted she failed to look at records which showed Ellie-May was in danger of a life-threatening asthma attack, and had previously been in intensive care, Daily Mail reports.

When questioned by Coroner Wendy James about the circumstances that led to the clinic turning the girl away, Dr Rowe said: “I was busy seeing to the other patient that I had with me”.

“If you have 25 patients to see in a morning or afternoon and a lot of people are 15 minutes late or 20 minutes late you are never going to be able to manage your work,” Dr Rowe said.

Ms James said the girl was “let down by the system”.

“Ellie-May Clark died from natural causes where the opportunity to provide potential lifesaving treatment was missed,” she told the court.

“Ellie-May’s care was disjointed, she was seen by three different doctors in the five days before she died. Had there been one doctor there might have been a different outcome. It was unacceptable, especially when the patient is a five-year-old child with a history of acute asthma.

“Ellie-May’s care plan was neither robust nor effective. Lessons must be learned, Ellie-May was let down by the system.”

Mum, Shanice. said after the hearing ‘I’m disappointed that the coroner ruled out neglect – we all felt there was enough evidence to show my little girl was neglected by the medical profession.

‘I will have to live with the fact that my little girl was sent home to die by a doctor who refused to see her because we were a few minutes late.

‘I want justice for Ellie-May and I want to make sure this doesn’t happen to another child somewhere else.

‘All surgeries should have safeguards to make sure a child as ill as Ellie-May was is seen and given the care they need.

‘I’m glad the doctor has apologised, it was nice of her, but I’ve waited three years for that.’

‘The coroner found there had been grave failures and that Ellie-May was let down by the system’, he told reporters.