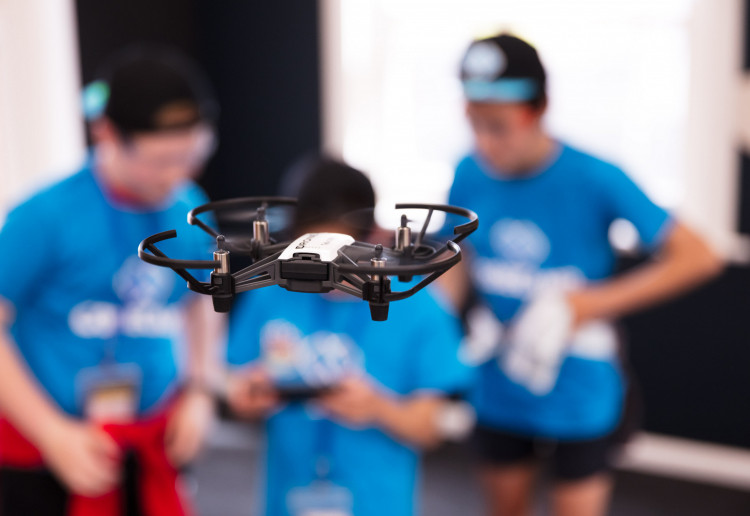 Any parent will tell you that by the time a child reaches around eight, they’ll start wondering out loud what they’re going to do with their lives. By the time a child’s in high school, that becomes more of a deafening roar.

Kids are now under more pressure than ever to make the ‘right choice’ when it comes to a future career. If you’re trying to give your kids a few helpful tips as to what path to take, bear in mind that with robots, drones, AI and automation set to dominate employment in the coming decades, jobs in the tech industry will be more important in in-demand than ever.

In particular, the drone sector has been earmarked as a burgeoning employment pathway for future generations.

“There’s a huge potential for Australia’s drone industry because in many ways we are already leading in drone regulation and usage,” says Australia’s most learned drone expert, Dr Catherine Ball from Australian National University.

Dr Ball says one of the keys to the Australian drone industry growing, innovating and becoming a world leader is to get kids at both primary and high school level more interested in the fun of STEM and to understand and how drones can impact the world at a societal level. Sowing the seeds early in an interest can spark an entire worthwhile career later on in life.

“We need to attract more kids to STEM pathways once they leave school,” says Dr Ball. “They need to see how enjoyable and rewarding it can be working in the industry. Medicine will always be popular for bright minds, but at ANU the existing engineering degree has been losing students. I’m now part of a new project there called Reimagine where we humanise the subject more in order to broaden its appeal.”

From learning the fundamentals of drone technology and safety, to discovering how drones can spot sharks, fight bushfires and rescue koalas, Drone Camp is an amalgamation of STEM learning, teamwork and social awareness – showcasing how coding and technology can have a positive community impact.

“Drones are here to stay – and there are a number of compelling reasons to teach kids how to use them,” says Code Camp co-founder Hayley Markham. “Safety is essential, but we see when a kid launch their first drone, there’s a real mix of excitement, confidence and wonder in the air. When they code their flight path and see their drone take to the sky, it teaches them teamwork, problem solving, dexterity and also builds their confidence for solo missions.”

Markham’s co-Founder Ben Levi adds that drones are integral to the future of technology. “The scope of using drones within our daily lives is growing exponentially, with more and more people getting into the drone industry and achieving incredible things. We really want all kids to develop an early love of tech so the brightest minds continue on in the industry when they’re older.”