Article How technology is ruining the Christmas spirit 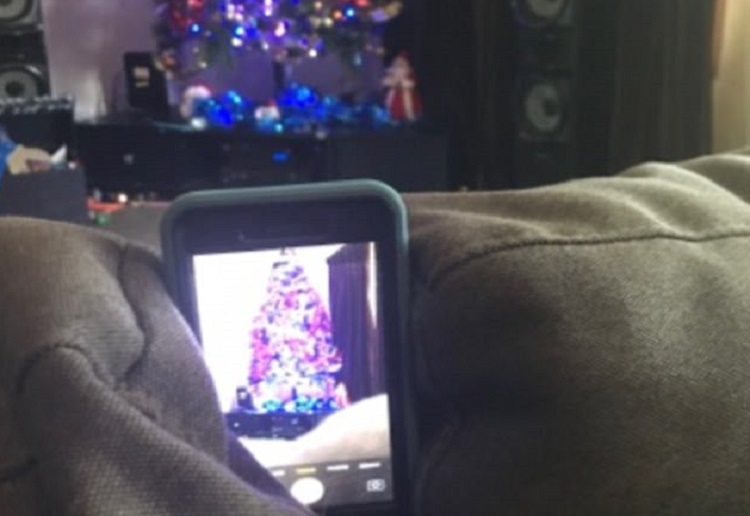 A Melbourne mother-of-five has revealed how technology is threatening to make this her toughest Christmas yet!

She explains how her children have joined forces to catch Santa on camera.

Jackie Grixti, 40, was stunned to hear her nine-year-old Annabella and 12-year-old James discussing their Christmas Eve plans recently –  as they revealed they planned to finally snag Santa.

‘In previous years the kids have just tried to stay up to see him in person,’ she told Daily Mail Australia.

‘This is going to make my night a lot more difficult.

‘Last year they both fell asleep at about midnight, when they woke up a few hours later I had already managed to put their presents out.

‘They were spewing that they had missed him.’

The children, who don’t want to miss out again this year, have been scoping out the best camera angles over the last few days and will be setting up their iPads and a mobile phone to catch Santa.

‘I started to wonder whether I had done the right thing by telling them Santa is real all this time,’ she said.

The mother plans to get caught on camera dressed as Mr Claus to keep the fun going this year.

‘It will be the last year for these two though – I will have to sit them down and let them know Santa isn’t real – but that they have to keep up the lie for their little sister.

‘It has made Christmas a lot harder – all they really want is to be able to show the videos to their friends at school to show them that he is real.

‘I am shocked by how many kids I have met who tell me they know the truth about Santa,’ she said.

The mother is determined not to let the threat of cameras and being caught-out ruin her Christmas.

Do your children have an elaborate plan to catch Santa in the act this year?