Article How to discuss terrorism with your teenager? 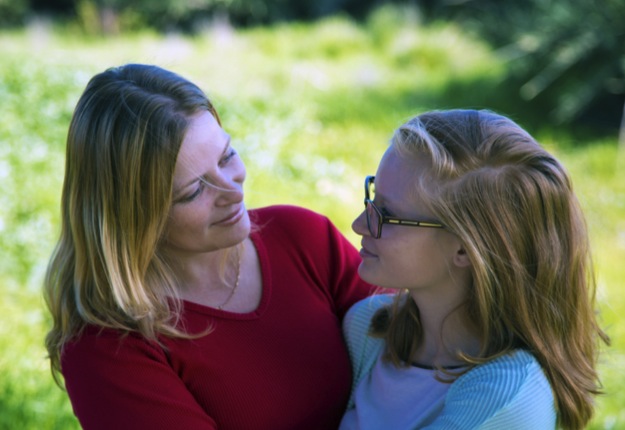 I am a born and bred Melbourne girl, so as far as I was concerned I always thought terrorism existed in another world other than the one I live in.

Early on in my life, my Mother passed on to me the tremendous gift of the travel bug. I love to travel and see the world.

At the age of 22, I went on the holiday of a lifetime for two months, travelling all across the USA with my school girlfriends.  Standing on the steps of the Twin Towers was just one of the many iconic American sights of which I came face to face with.

Soon after, I travelled to Bali, then years later to London, Paris and various other pinpoints on the globe.

My first real experience of terrorism was 9/11.  I, just like millions of others around the world, was shocked to my core.

I could not believe the devastation that this attack had left on the world.  It was hard for me to even comprehend the sheer magnitude of this catastrophe and the mark on history this date would make forever. All this happened at the very place where I had once laid my feet, in the not so far distant past.

When I awoke and heard of the Bali Bombings on the morning of the 12th of October 2002, I could hardly believe my ears when the media mentioned the location. The Sari Club, it was once a bar.  I had once visited there, gathered with friends, having a drink, relaxing and celebrating the night away.

Prior to these two events, I had never even heard of terrorism.  It was insignificant.  I did not even know what terrorism meant.

I realise that sounds naive now, but it was just not something that I ever thought about or had to take into account before this time.

I remember thinking after the Bali incident, “This is it”, “Things won’t happen at this level again” and, “Surely, this terrorism thing will just stop?”.  I just did not comprehend why people would kill random strangers in such a manner in modern times.

Hadn’t history taught us that these crimes were of no value and proved nothing other than innocent people dying? I guess not!

I almost felt like terrorism was following me in the places I had visited, or maybe I was just a well-seasoned traveller. Terrorism was beginning to become a part of my life. Looking back now, I guess I was just very young and had no idea about what was to come.

Late last year, I visited Paris. I fell in love instantly. I loved the city, the lifestyle, people, culture and the vibe it threw off to the world.  It’s the kind of place that makes you believe true love lasts forever.

While I was there, I noticed many things that I looked at as a bit over the top and a little odd. Every train station had several soldiers walking around with machine guns. Police officers and Police cars were easily sighted around every street corner.

I felt safe in this city. It had the atmosphere, “we have it covered”, “nothing is going to go wrong here”, “you can’t get away with anything in Paris”.

While there, I witnessed a protest. It was all about giving gay people the rights to adopt or have children of their own. I had never really been a part of, or even seen protests of this size before. So this was very interesting. It actually looked fun and made me want to join in.

There were vans driving slowly amongst the protestors with DJ’s set up playing dance music. Protesters were walking, dancing, singing and generally looking like they were having a great time.  Yet the Police presence was astronomical. To me, it felt more like a gay nightclub had been let loose in the streets.  But to the French Police this was serious business.  There would have been 20-30 fully kitted out Police vans in each street. Armed police in bulletproof vests were everywhere in large numbers.

At the end of 2014, my job required me to travel to Sydney very frequently, which meant for the first time I really got to know the streets of Sydney like I had never known before.

I returned home from Sydney only 2 days before the Martin Place terrorist hostage disaster. This event took my breath away as I had driven past Martin Place twice a day, every day, while I was in Sydney. I knew the street well.

When the terrorist attacks occurred in Paris and Sydney recently, it rocked me to the core of my being.

How could this happen in these cities? I thought nothing could happen in Paris or Sydney. What would the Police presence be like in Paris now?  I was speechless, yet glued to the TV and radio for every second update.

As time passes and we get back into the daily grind of our lives, we are left with an altered perception of how we see the world.

It was at a summer BBQ that I realized the need to discuss how young people feel about the terrorism that’s going on around the world. For my age group, this is still new and unbelievable. But for our youth it is commonplace and just something they have grown up hearing about.

Whilst at many of these BBQ’s, I listened to the adults have conversations about what was happening in the world and brazenly just rattling off their opinions while the teenagers sat and listened.

What did these young people really hear? Did they take notice of the racist remarks and did they really believe that all Muslims were tarred with the same brush?

I was very conscious about what my children would hear come out of the mouths of the adults at this time, this inspired me to put together a list of tips on how to approach this subject with your teen.

5 tips on how to discuss terrorism with teenagers:

1) Be very aware that young people know what is going on in the world.

I know we tend to think that they are all self absorbed in their own lives, however the world is a very small place now and they have as much ability to access unlimited information about what’s going on in the world as everyone else.

Don’t act like it’s not happening.  It is important to let them speak and hear you speak about it.

We live in a multi-cultural society.  In fact most young people will have a wider cultural circle of friends than we do.  Remember we often repeat what we hear at home.

Schools have a zero tolerance to racism. How can your young children be punished at school for being racist, yet they are just repeating what they have heard from the very people they look up to the most, their parents.

Think about how that little year 7 girl will feel if your teenager repeats your racist comment to her.

3) Discuss the difference between extremists and people that are practicing their religion, leading normal lives.

I often hear people say that “Muslims are behind all of this terrorism”. It is not all Muslims, its extremists.

History has been riddled with people with way out thoughts who have committed heinous crimes all in the name of Religion.  This is not the first time this has happened.   Do not play the blame game.

4) Let them see how you discuss the topic.

Terrorism is a sensitive topic and always invokes serious emotions, debates and differences of opinion.

Debating is an art, as well as knowing when the right time and place is to discuss world issues, particularly sensitive and intense issues.

Let them hear and be a part of group adult discussions so they know how to interact with people. If they see you getting angry and/or heated and becoming offensive, they will then think that this behavior is acceptable.

Set an example of how best to behave and interact with others when involved in discussions of a serious nature, such as terrorism.

5) Teach them respect and understanding.

We all have different points of view for different reasons.

My husband grew up in India, so he has witnessed terrorism first hand. His opinions are therefore a direct reflection of the things he has experienced.

It is important that young people are aware that we all come from different places, have an array of experiences and respect those differences.

Right or wrong, we all have the right to be heard and understood.

We are entering a time where young people will grow up in a very different world. It will be normal practice for our teenagers to choose their holiday destinations based on what country is NOT on a high alert.

They understand in airports you have to be scanned over and over and that our Police and security presence is at an all time high.

Our aim is to create the safest possible world for our children to grow up in. They need to be taught to accept everyone, yet understand the need to keep their eyes open wider than ever before.

Have you had to discuss terrorism with your kids? Please share your thoughts in the comments below.