Article How To Make The Perfect Pie Maker Doughnuts 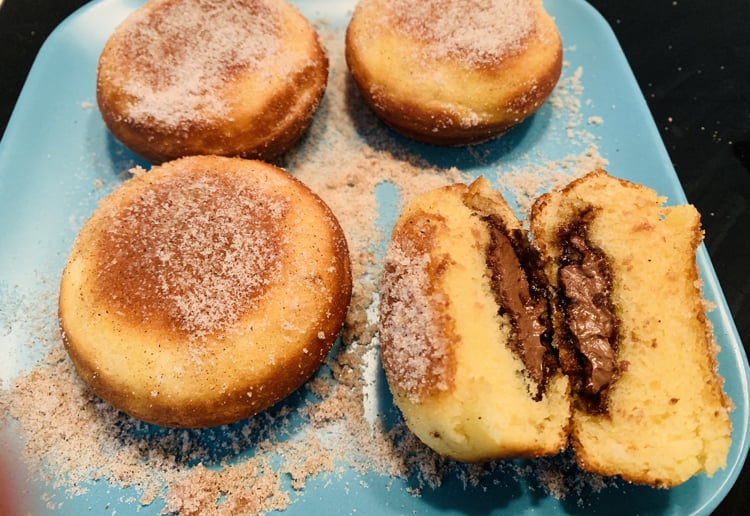 There is nothing like a warm doughnut with an ooey gooey nutella heart, dusted with cinnamon and sugar. But that deep-fried goodness comes laden with calories and I was after a healthier alternative. Enter the pie maker…to make pie maker doughnuts

I love that you can create all finds of healthier foods in the piemaker. In fact, I must have used my pie maker about 50 times and not once have I used any kind of store-bought puff or flaky pastry. Instead, I have used wonton wrappers, wraps, low-cal bread and mushrooms as my base.

But now I wanted to experiment with creating something sweeter in my pie maker. Pie Maker Doughnuts are my ultimate ‘naughty’ treat so this was first on my list.

I found a recipe that sounded good and made some tweaks. I excitedly spooned the batter into the piemaker, added a generous teaspoonful of Nutella into the centre and then topped it off with more batter. Each pie hole was almost overflowing – but hey, the bigger the better. 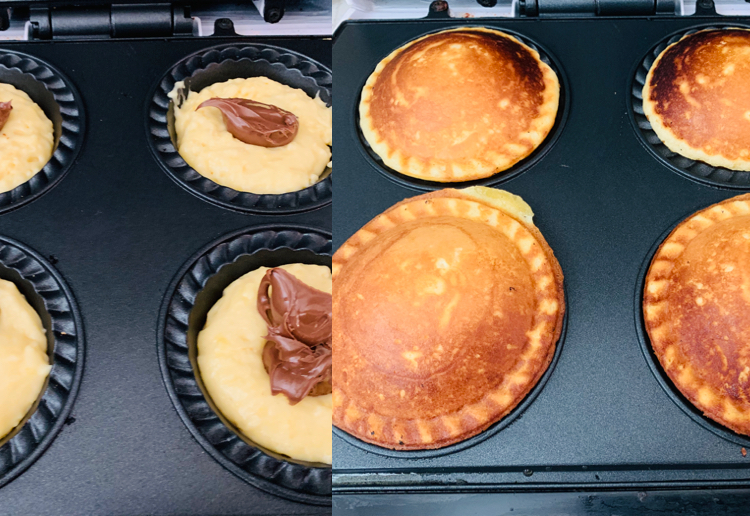 I closed the lid and waited. The doughnut browned pretty quickly so after about 4 minutes, I whipped them out before they burnt. I then painted them with melted butter and dusted them with cinnamon and sugar.
Perfection……or not!

But now came the true test. I gripped either side of the warm treat and gently tore the doughnut open. Out came pouring something that closely resembled custard mixed in with melted nutella. I tucked in anyway, saying:
“Ooh, this has a delicious ooey gooey soft-centred custard in the middle.”

Only afterwards did I realise that I was actually eating raw batter and while the doughnut may have browned and cooked on the outside, it was most definitely not ready on the inside. 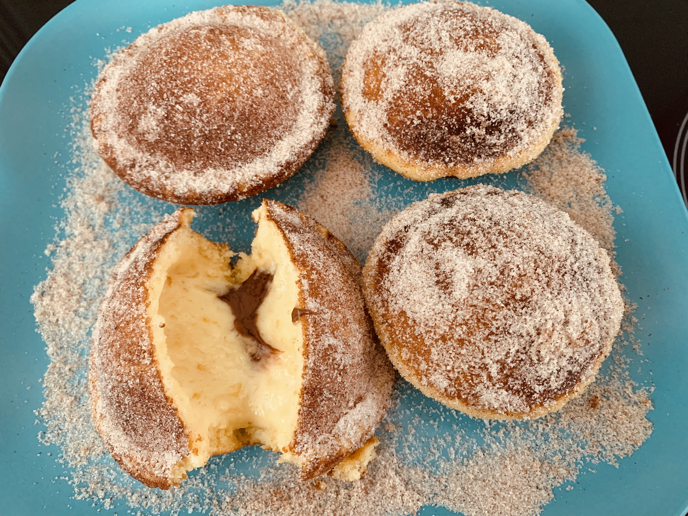 So I took to the helpful pie maker Facebook groups imploring for some tips from more experienced pie maker cooks. So now armed with all these suggestions, I tried again and let me tell you the result was really perfection this time.

When I opened up the doughnut, the inside was light and cakey and filled with a yummy tummy of Nutella. I could have eaten the whole batch at once (but I did share one or two with the kids).

So now that I have mastered the art of perfect Nutella pie maker doughnuts, I thought I would share my tips so you too can re-create them.

1) Use a good recipe. I find that this Pie Maker Nutella Doughnut recipe is excellent

2) No need to pre-heat the pie maker

3) When you first fill the pie holes with batter, only fill them to one-quarter fill. Overfilling them was my main issue as to why they didn’t cook.

4) Once you add the nutella and second spoon of batter, make sure it is just covering the Nutella and that each pie hole is maximum three-quarters full. PS If you’re not into Nutella, you could add jam instead. 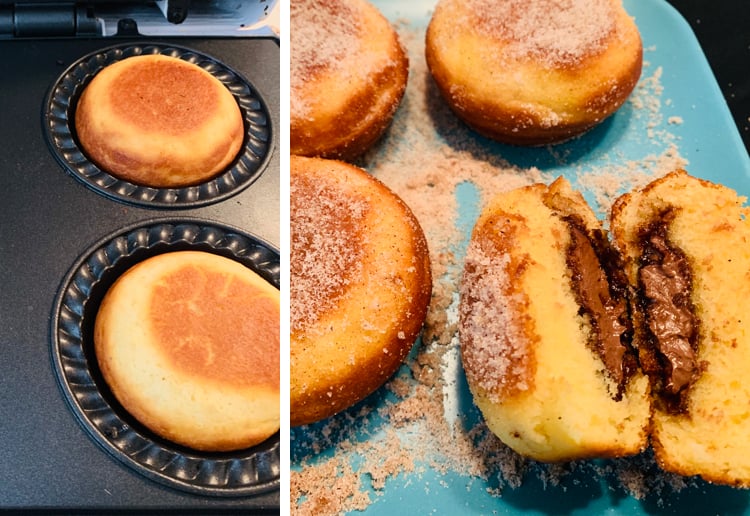 7) Remove the doughnuts and immediately paint with melted butter and sprinkle with cinnamon and sugar.

And that’s it – you’ve got the perfect pie maker doughnut.

Try make these pie maker doughnuts and let us know if it works for you. Have any more tips? Share them in the comments below. 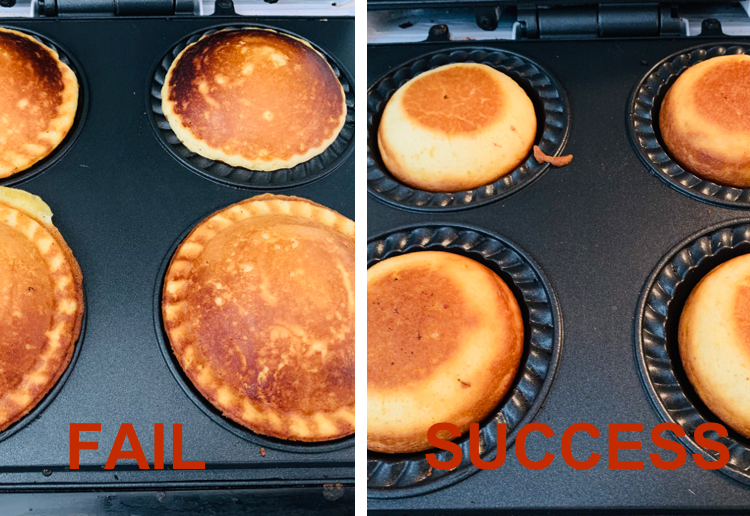 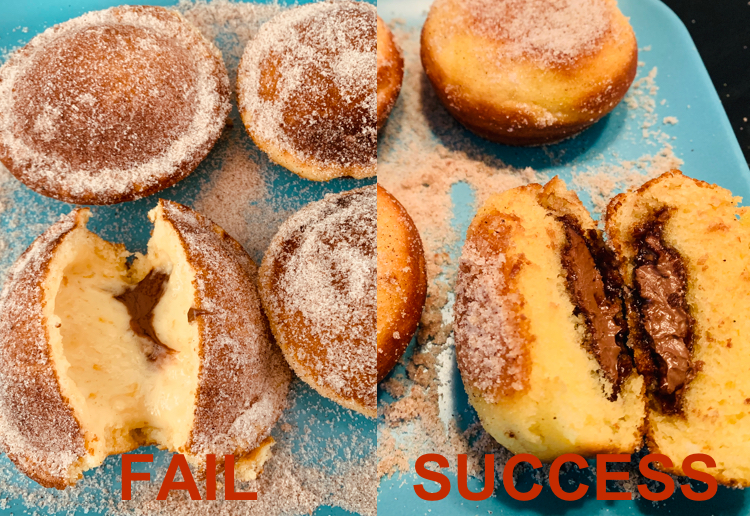 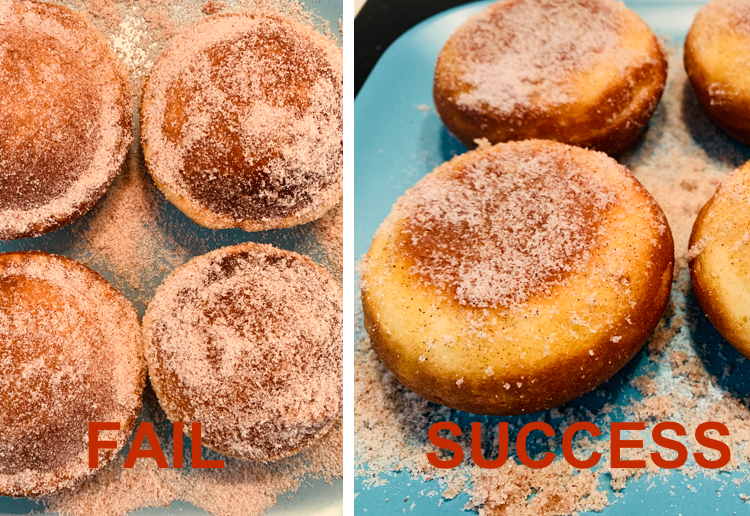