Article “I don’t know how my son died” 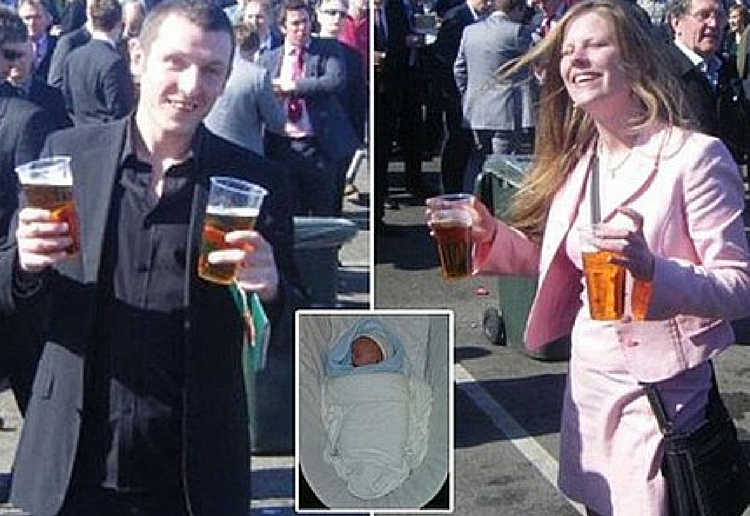 Initially arrested and charged with neglect and manslaughter, baby Freddie Neil’s parents, Matthew Neil and Kim Smart-Neil have now been told they will not be prosecuted over their baby’s death.

The circumstances surrounding the death of baby Freddie have been revealed in detail for the first time following a serious case review by the Blackpool Safeguarding Children Board.

The report confirms that both parents had spent the 24 hours before their son’s death consuming ‘a large quantity of alcohol’ in a pub before continuing to consume more at home with friends.

The couple were woken by their two-year old son Alex at noon the following day, but his father, Matthew couldn’t find baby Freddie in the home.  The missing baby was later found on the floor between a wall and bed in his brother’s room – but neither parent could tell investigators how he got there.

Parents of baby who died after they went on 24-hour drinking binge WON’T be prosecuted https://t.co/jczG5BBwEc pic.twitter.com/9Vut1IGss9

In a recent interview with the Gazette, the father Matthew, said he disputed several of the report’s findings.  He stated that he moved baby Freddie from a Moses basket while in an epilepsy-triggered fugue state, in which he said he experiences blackouts and will suddenly wake up elsewhere suffering from amnesia.

“Only a couple of months ago I was at home on my own and I had a fit,” he said.  “I woke up at the end of North Pier. I had left my house and walked all the way down the Prom.  I do think my epilepsy was a massive factor in that horrible morning. It’s hypothetical because I can’t prove it.”

The report states that the mother, Kim, went to bed in the early hours of December 26, 2014.  Matthew stayed up with baby Freddie until around 6am, at which time their friends left their home.

“It is unclear what happened next but [Mrs Smart-Neil] recalls attending to [Alex] at 4am and feeding [Freddie] at around 5am,” the report said. “It is not known where [Freddie] was placed to sleep after his final feed or by which parent.”

The inquest into baby Freddie’s death was held in Blackpool in December last year.  Coroner Alan Wilson recorded an open-ended verdict in the case, as it was felt it was impossible to say what exactly caused his death.

A spokeswoman for the Crown Prosecution Service (CPS) said a charge of wilful neglect was considered but dropped due to a lack of evidence.

Speaking to The Gazette, Mr Neil denied being drunk and said he remembered putting Freddie to bed in his Moses basket, although he admitted he doesn’t know how he ended up in a different room.

“It was Christmas and we both had more than we should’ve, but neither of us was inebriated. I believe I had a fit. There’s no way a four-week-old baby can make it from our room into Alex’s room on his own. It’s a sheer impossibility.  One of us had to have moved him but when I have a fit I can’t remember half an hour before or after.  I can’t remember taking him in there, so that’s the most viable explanation. It’s the most sensible one.”

The report also found there was nothing authorities involved with the family could have done to prevent the baby’s death, despite the father being an ‘admitted alcoholic’.

Saying that he felt like an outcast after his initial arrest, Matthew said he has now beaten his addiction.

“The first six months I could tell people were staying away from me,” he said.  “They did not know what to say to me. I just wanted to say to them, ‘I did not do anything.’  I’m just a normal person now. I will have a social drink. I have a pint or glass of wine with a meal. I don’t have a single drop of alcohol in the house at all.  I would quite happily stand up and say to people that, if you are in charge of children, I do think alcohol should not be drunk.”

In response to the report, a spokesman for child protection charity NSPCC said: “Children who parents have alcohol problems can often be at most risk of harm, as this tragic case starkly illustrates.

“It’s crucial for these parents to seek help and support to develop healthy and secure relationships with their children.”