Article “I feel sorry for anyone 33 plus with babies. Cancer is preferable.” 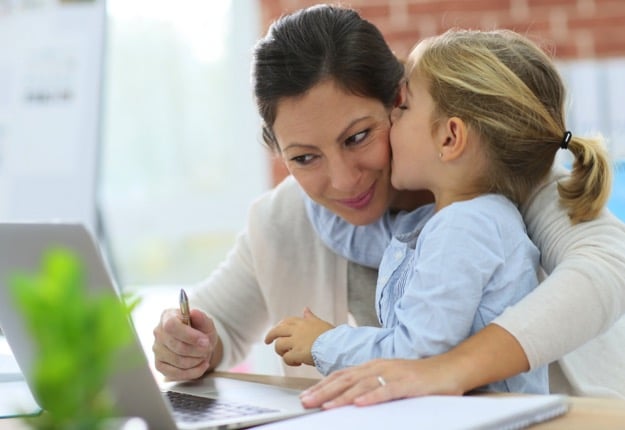 Anne* was a self confessed “hater of kids”, she never expected to be a mother, nor did she ever really want to be.

“Since I was a kid, I never wanted children,” the now 41-year-old told news.com.au.

Despite her feelings towards children, Anne has a “very strong and loving” relationship with her son, who is now in to his early 20s.

Now surrounded by “stressed friends” who have young families, Anne thinks more women should be taking her lead and having a baby before the age of 25 — especially if they want to succeed and continue climbing the career ladder.

“I think women are making a big mistake by having babies later,” she said.

“They should have children younger, because I think women get trapped when they have them at an older age.

“When you have children younger, you have time to career build afterwards instead of being halfway through your career and needing six months or even a whole year off. And that time off is for your first child, what if you have two or three?”

“I think because I was young, I was able to get back in to work soon after giving birth,” she said.

“From that point forward I got promoted quite quickly. When you’re young, the baby fits in with you more, but when you’re older, you are more set in your ways.

When her son turned 10, Anne was involved in a serious car accident that resulted in a broken back. Years after the incident, her injury required a spinal fusion, which caused serious physical complications.

In 2013, Anne had to stop working fulltime, and now relies on her partner to provide the family income.

Today, many of her friends “battle” to take care of their children. Instead of wishing she was at the same stage as those around her, Anne only “pities” woman who are middle-aged and having to contend with a young family.

“I feel sorry for anyone 33 plus with babies or toddlers. Cancer is preferable,” she said.

“I have friends now who have young kids at my age, and they are struggling with mortgages along with child expenses, but that’s not even a consideration for me now.

“I don’t envy middle-aged mothers at all. I pity them because they are trapped. They are trapped financially, physically and emotionally.”

Anne thinks the biggest problem with motherhood today is the mentality that being a new parent “is the hardest job in the world”.

In her words, it’s “a joke” and women who feel this way are “just justifying their sad non-existence”.

“I don’t understand how staying at home and being a mum, who is paid by the taxpayer, is the hardest job in the world,” Anne said.

“My biggest problem with stay-at-home mums is they put the blame on the child. If you want to sit at home, fine, but just admit you don’t want to work. Don’t pretend you being at home is for the benefit of the child, because it’s not. Preschool and daycare is for the benefit. How many mums do educational stuff with their children?

“Motherhood is not a job, it’s an obligation. A job is when you go and work, and parent on top of that.”

According to the most recent Australian Institute of Health and Welfare data, the average age of Australian mothers is now 30.6 years old, which is an increase of 7.5 per cent since 1991.