Article ‘How Do I Tell Friends Struggling With Infertility That I’m Pregnant?’ 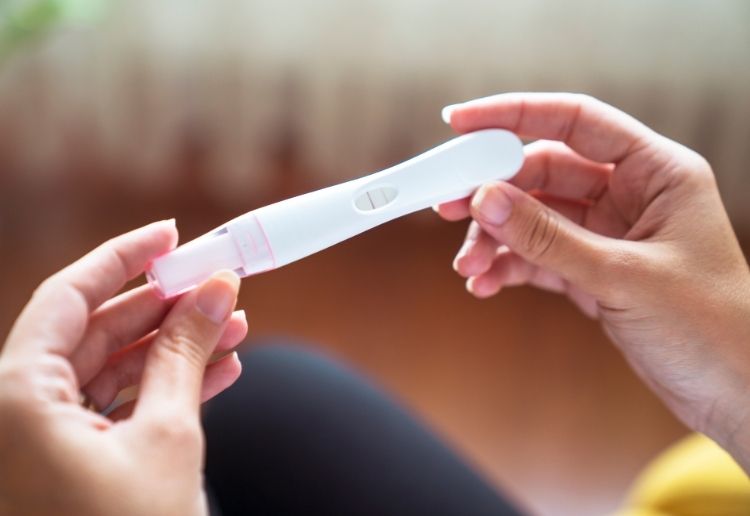 When you’ve been waiting for a big fat positive pregnancy test, it’s pretty understandable to want to shout the amazing news from the rooftops. But the moment can be bittersweet if friends are struggling with infertility.

A mum-to-be has an upcoming trip with a group of friends, and it seems like the perfect time to share her happy news. But there’s one couple who are openly dealing with infertility, and it’s left the expecting mum second-guessing her pregnancy announcement.

“The trip is coming up in a couple of weeks and I’ll be about 12 weeks and it’s a perfect opportunity to tell our friends that we’re expecting our first,” she reveals on reddit.

“A chunk of us don’t live nearby anymore. I’m hesitant because one couple struggles with infertility. Out of everyone in the group going, we’re not super close to them. Social media/small talk but not on a regular talking basis. However she’s been open about them struggling to conceive and I want to respect that and avoid doing anything that would hurt them.”

While the expecting mum’s husband doesn’t think it’s a big deal, she’s far more in tune with how hurtful the pregnancy announcement could be. “As a woman and as someone who has read her posts about fertility struggles, I just want to be kind.”

After weighing up the answers from redditors, the mum-to-be decided her best course of action is to quietly let the couple know before the trip.

“We have a chance to tell two couples early in person. Going to talk with my husband tonight about doing that. Then prior to the trip messaging the one couple struggling about telling our last friend couple in person while we are there. Give her a heads up about a week in advance and hope I don’t make it too weird.

“While it’s exciting news the hype doesn’t need to be present at the expense of someone else. And even though I’m excited about my crotch gremlin, I do just want a fun weekend with friends that doesn’t circulate around how large I’m going to get.”

What would you do in the same situation? Let us know in the comments.