Article “It was kind of like the trip from hell” 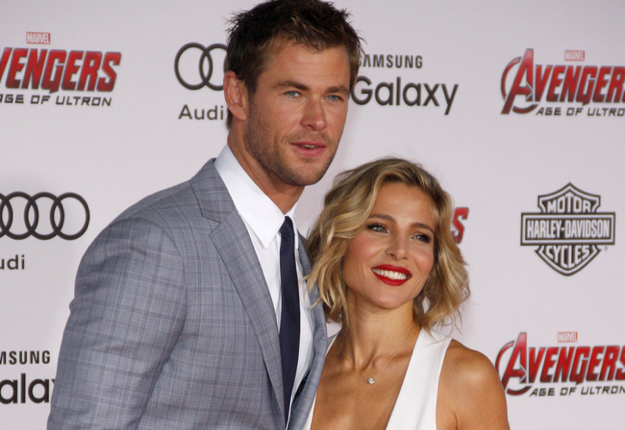 You’ll be happy to hear that the Sexiest Man Alive is just like an other parent.

During an appearance on The Ellen Show, Chris Hemsworth revealed that he had recently taken 1-year-old twins, Tristan and Sasha, along with their older sister India, 2, on a flight from Sydney to London, and that things didn’t go so well.

“We actually flew from Australia to London the other day and door-to-door it’s about a 30-hour trip,” the 31-year-old shared.

“It’s kind of the trip from hell.”

“They were all sick and literally took it in turns to scream. Like one would kind of do it, and then look over and be like ‘I’m done, do you want a turn?’ ‘Yep … wahhhhhhhh!'”

Needless to say, the other passengers on the flight weren’t thrilled with the family, with Hemsworth laughing that “the whole cabin wanted to kick us off”.

The star, who is married to Spanish actress Elsa Pataky, also revealed that India is bilingual, which often creates a language barrier between she and her Aussie dad.

“She’ll grab me by the face and she gets frustrated if she’s trying to describe something in Spanish,” Hemsworth said.

Check out Chris’ full interview with Ellen in the video below:

Have you ever taken your kids on a long-haul flight? SHARE YOUR EXPERIENCES in the comments below.
Image courtesy of Shutterstock.com