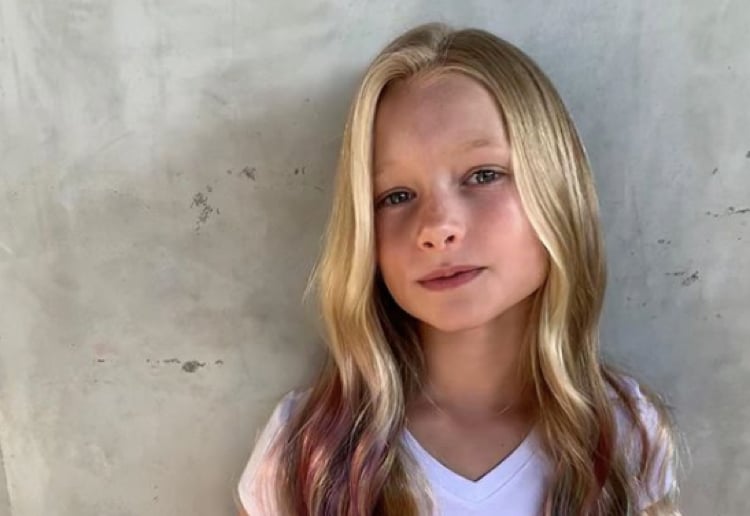 Jessica Simpson is no stranger to being trolled for her actions and now she is being mum-shamed for sharing a photo of her 7-year-old daughter with dyed hair.

The 39-year old celeb shared pics of daughter Maxwell showing off her purple hair on her Instagram earlier this week. The photos featured the girl giggling with stylists at Nine Zero One salon in West Hollywood and another pic sharing her new coloured tresses.

The singer-turned-fashion designer revealed that her daughter’s colourful new hairstyle was inspired by a character in the Disney TV series “Descendants.” One of the lead characters of the show, Maleficent, has bright purple hair.

Her fans were quick to weigh in on the hair-dying escapade. As to be expected, some blatantly questioned her parenting skills, saying that her daughter was far too young to have her hair colour changed.

“So young it’s a shame,” wrote one disappointed commenter.

“Isn’t she too young to have her hair dyed?” said another. (That comment has over 200 replies, most of them in support of Jessica.)

However, many others rushed to the mum’s defense:

“Do people really have to mum shame! What jess does with her children is her business. It looks great!!” said one supporter.

“Seriously people need to stop getting your undies in a bunch it’s just hair your can cut it and it grows back!!”

“Great job mom !! Allowing her to express herself and trying new things that arent permanent nor hurtful but allow her to embrace her style and set the tone for who she wants to be while not being scared to try new things and be herself – your winning mommy !!”

Many of her fans commented how great Maxwell looks:

“Beautiful! She’s being a kid! You only live once!” one said

“Cute. My girl just did hers like that too! She’s Descendants obsessed!” wrote another.

Pink Dyes In Defense Of Jessica

Pink also got involved in the debate and shared a photo of her dying her daughter’s hair with the caption:

“I heard people were bummed on Jessica Simpson for letting her seven year old get her hair colored. So we thought we’d share what we did yesterday.”

and followed the post up with a bunch of hilarious hastags:

Dying Can Be Dangerous

Jessica is certainly not the only mum to let her child dye her hair. However, experts do suggest that temporary options, such as hair chalk, are better than permanent hair dyes, which could be harmful to children’s more delicate hair. Also, semi-permanent dye just coats the hair shaft and do not penetrate it as a permanent dye would.

Inspired by The Descendants #901girl #MAXIDREW

Would you let your child dye their hair? Tell us in the comments below.