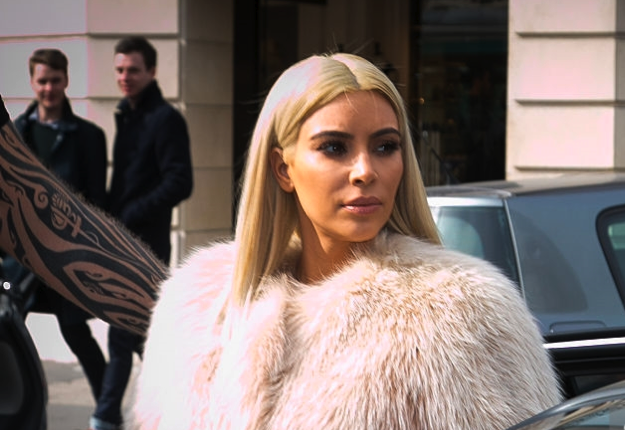 She is at it again, just 13 weeks after giving birth to her second child, Saint West, Kim Kardashian West is trying to break the internet with another naked selfie.

The 35 year old mother of two posed in what appears to be her bathroom, with rectangles strategically placed over her most private parts.

Some sources are claiming it’s a throwback photo to last year when she had blonde locks at Paris Fashion Week.

The image was captioned with ‘When you’re like I have nothing to wear LOL.’ 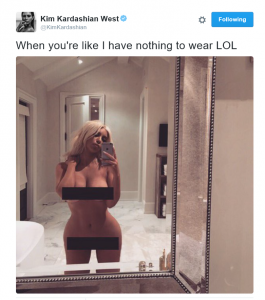 The reality TV personality last posed naked for Paper Magazine in November 2014, with the intention of ‘breaking the internet’.

Kim has talked openly about her struggle with weight during and post pregnancy, though if this image is recent, it appears the star is proud of her figure after giving birth to Saint West in December. 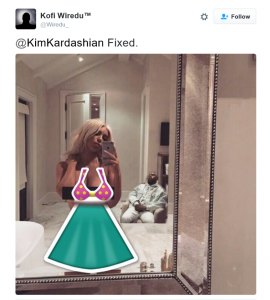